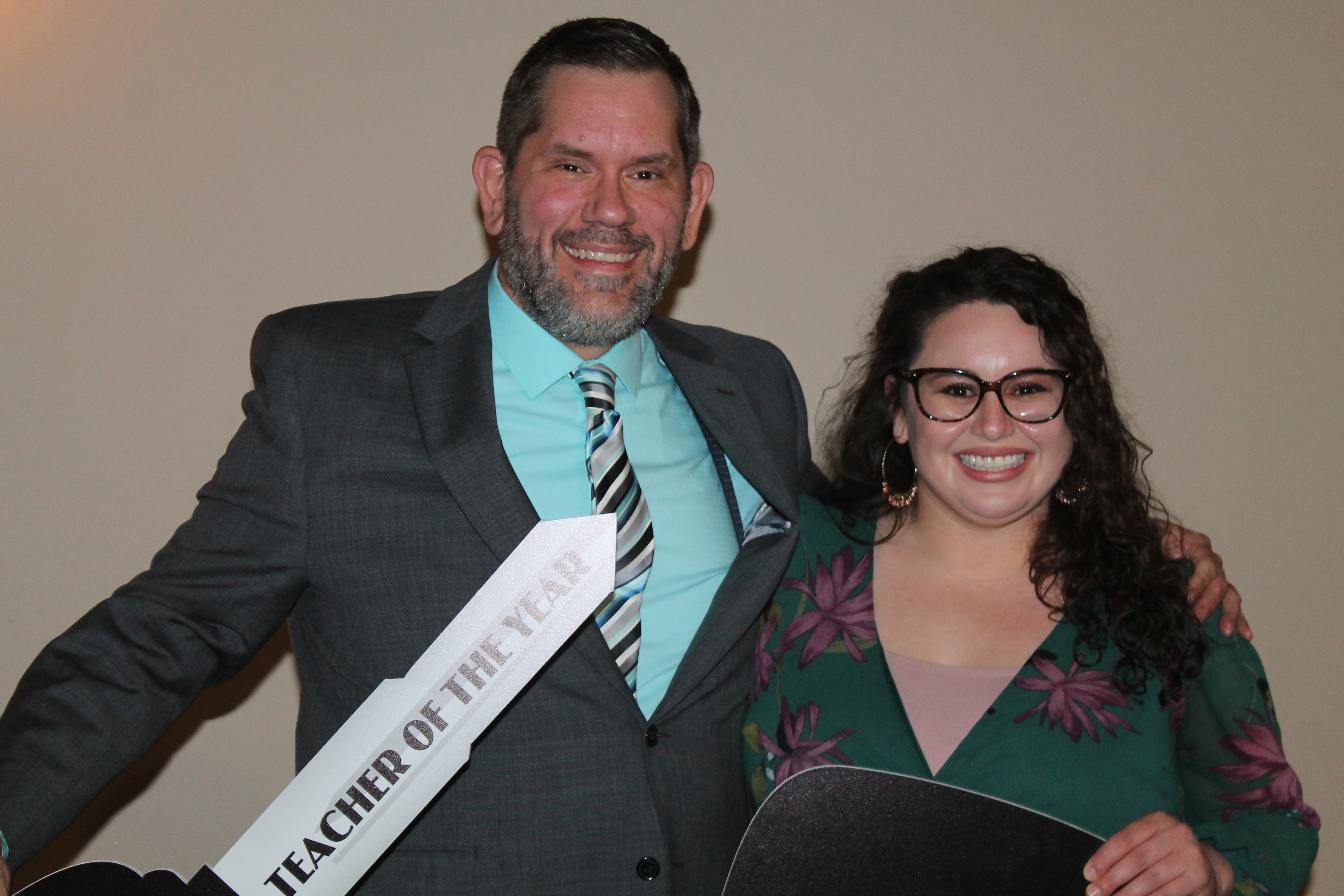 Two teachers who instruct English in Wylie ISD were selected as the elementary and secondary teachers of the year award during the Wylie Way Awards Gala May 7 at Southfork Ranch.

“Shocking – I’m blown away,” she said about receiving the high honor. “Especially to be chosen among such a diverse group of people, so it truly is an honor.”

More than 300 guests representing all 20 campuses and every department attended the gala, according to a district release. Wylie Way Award winners from last year joined this year’s recipients as the guests of honor. PBK Architects was the title sponsor of this year’s event.

Both Teachers of the Year received a special jacket, TOY name badge and a backpack filled with items donated by local businesses and sponsors, district officials said. In addition, courtesy of Toyota of Rockwall, the two winners will each drive a new car, all expenses paid, for six months. Each car has a unique wrap celebrating education and the Wylie ISD.

Earlier this year, a finalist from each campus was selected by their peers for their professionalism, dedication to students, excellence in teaching, ability to motivate plus innovation and creativity, district officials said. They are the Teachers of the Year for their respective campuses.

A committee consisting of community members then interviewed and read essays written by the campus winners, and then that committee selected the elementary and secondary teacher of the year for the district. Wylie ISD winners advance to the Region 10 competition, and, officials said, hopefully to the state level.