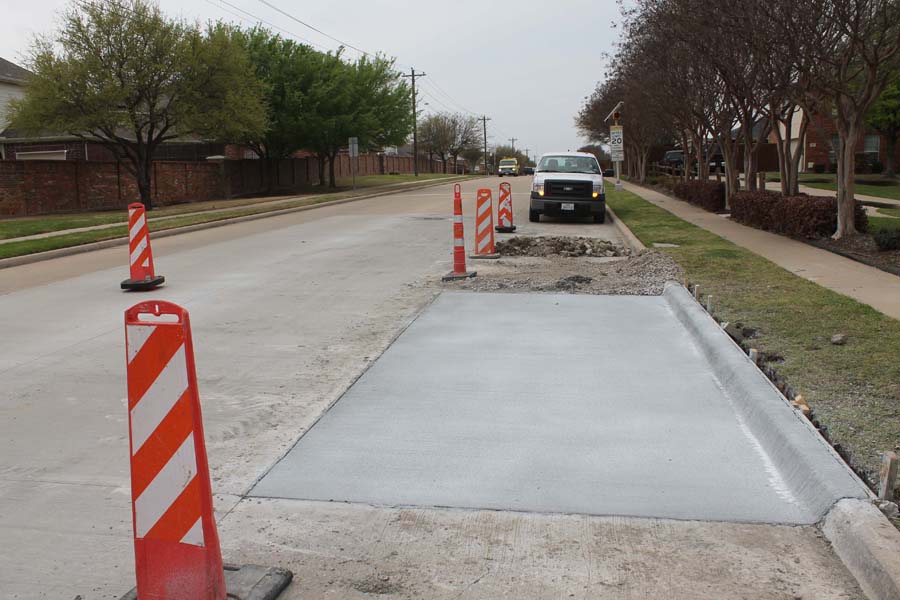 The city uses a pavement management analysis program that identifies and ranks the roadways on its condition. Major roadways are prioritized.

Murphy residents will con­tinue to see street and side­walk repair around town as city leaders continue efforts to upgrade infrastructure.

Tim Rogers, director of public services for the city of Murphy, gave an update on the street and sidewalk re­habilitation programs at the mid-March city council meet­ing. The council will receive another project update in Sep­tember.

In a later interview with the Monitor, Rogers gave some background on the rehab pro­gram, explaining that in 2017 and 2018, the city had a bud­get of $100,000 for each year. The city had no budget for the rehab project in 2019.

“And then we had a bond election to approve sales tax use for a budget starting in ‘20,” he said.

The utilization of the Sales Use Tax for streets and side­walks is funded through fiscal year 2024, Rogers said, and for the city to continue to use these funds, the state requires an election to be held.

Rogers explained why the rehab program is necessary.

“Over time, the roads or the sidewalks become debilitated at some point,” he said. “What we did was a pavement man­agement analysis program that identifies and ranks the roadways on how poor they are, and then we will assign dollars to those roadways based on some factors, which are the type of roadway, the rating they received.”

For the full story, see the April 8 issue or subscribe online.