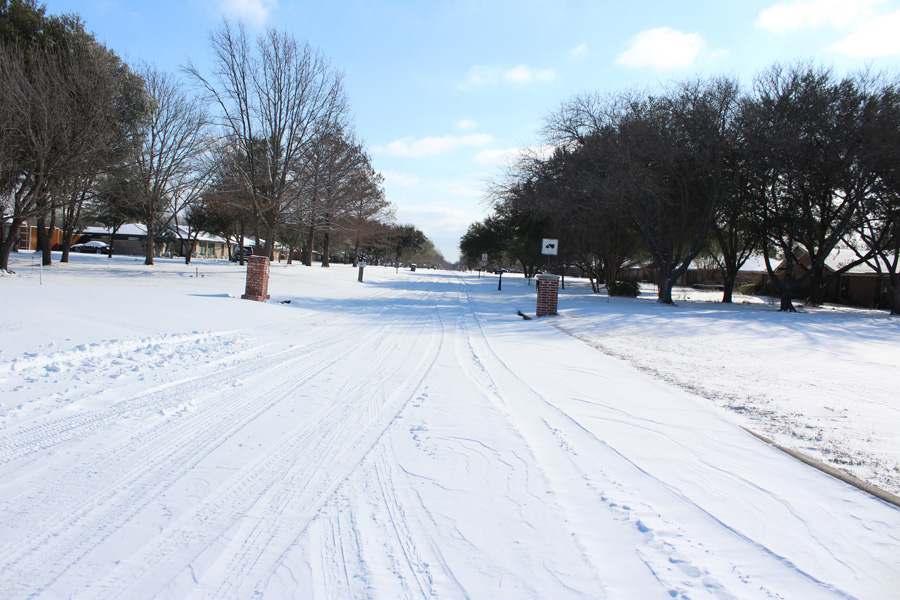 Snow covered roads in neighborhoods as well as main thoroughfares in the city of Murphy last week. Despite the treacherous conditions, city officials reported few accidents, a sign that many people stayed home.

Murphy City Manager Mike Castro said he was pleased with how the city responded to the challenge posed by the winter storm last week, a pe­riod when people’s power and water locally and statewide suffered disruption in service.

“Staff assessed the chal­lenge, prioritized the most important issues, and orga­nized to accomplish assigned work,” Castro said in an email response to questions. “From top to bottom, the organiza­tion worked to maintain es­sential city services.”

He said it was initially dif­ficult to determine the number of power outages within the community but city leaders worked through this issue with Oncor and Farmers Electric.

Castro said the number of traffic accidents was below nor­mal, explaining he thinks resi­dents made the smart move and stayed home during the storm.

For the full story, see the Feb. 25 issue or subscribe online.