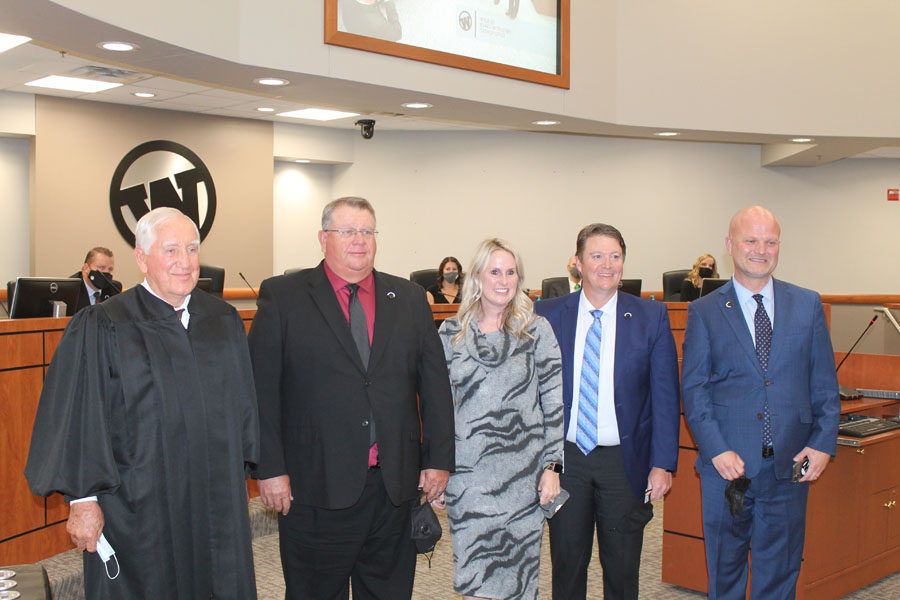 David Vinson, who has been superintendent at Wylie ISD since 2011, was extended through November 2023. The salary he earned this past year was $264,784.33 and he had a travel stipend of $6,000, ac­cording to his contract that is posted online.

His new contract, effective Nov 17, 2020, will increase his annual salary to $267,500. The district did post the contract after both parties had signed the document, said Ian Halper­in, executive director of com­munications and community relations for the district. The superintendent’s contracts are for three years and the previous contract expired in 2022.

Vinson told the board he ap­preciated their confidence and said it was honor working for the district’s students.

The board also swore in three members, two of whom were newly elected and one who was reelected and ran unopposed. Bill Howard was elected to Place 3, replacing Barbara Goss, who did not run again, and Kylie Reising was elected to the Place 7 seat, replacing Stacie Gooch, who also did not run for her seat. Howard drew two opponents on the ballot – Bryan Brokaw and Toshia Kimball – and Reising had three opponents: Brenda Sherer, Sharon Kindall and Donny McKay. Atkins ran unopposed for Place 4.

For the full story, see the Nov. 26 issue or subscribe online.