One loss, one draw drops East to third in standings 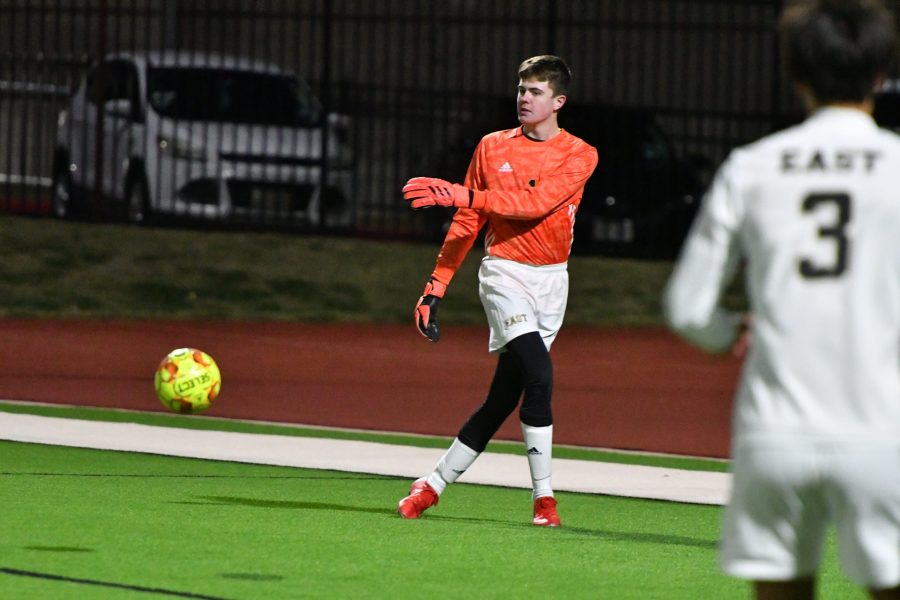 Plano East’s boys felt they were in a good position with only a few district games remaining but suffered a slight setback last week.

The Panthers (3-2-3, 9-2-3) lost one game and tied one game to fall to third in the district standings with little room for error. As things stand in the 6-6A table, East has 12 points, with Lewisville (11 points) in the fourth playoff spot right behind the Panthers. Plano West, Hebron and Flower Mound (10 points each) are all chomping at the bit to earn one of the final two playoff positions.

East opened the week with a 2-1 loss to Marcus on Feb. 15, moving the Marauders into second place. It was a tale of two halves for the Panthers, as they struggled mightily in the first half to take care of possession and find any rhythm.

Marcus took advantage, taking a 2-0 lead, scoring less than six minutes into the game, and following it up with a goal three minutes before the break.

Things flipped in the second half as Plano East regrouped. The Panthers ended the game with more possession, shots and chances than Marcus, as they brought a ton of pressure to try and come back. With 21 minutes remaining in the game, Jonathan Rooke tapped in the long rebound off of a Duncan Sullivan shot on goal to trim Marcus’ lead.

East continued to apply pressure, eventually having their best chance in the dying seconds as a ball goes through the Marcus goalkeeper’s gloves and falls to a Panther. The shot goes just wide, and Marcus escaped with a win.

On senior night, Plano East looked to rebound at home against Hebron last Friday, coming away with a 2-2 draw. The Panthers played the role of comeback kids again after an early penalty call in the box gave the Hawks a 1-0 advantage.