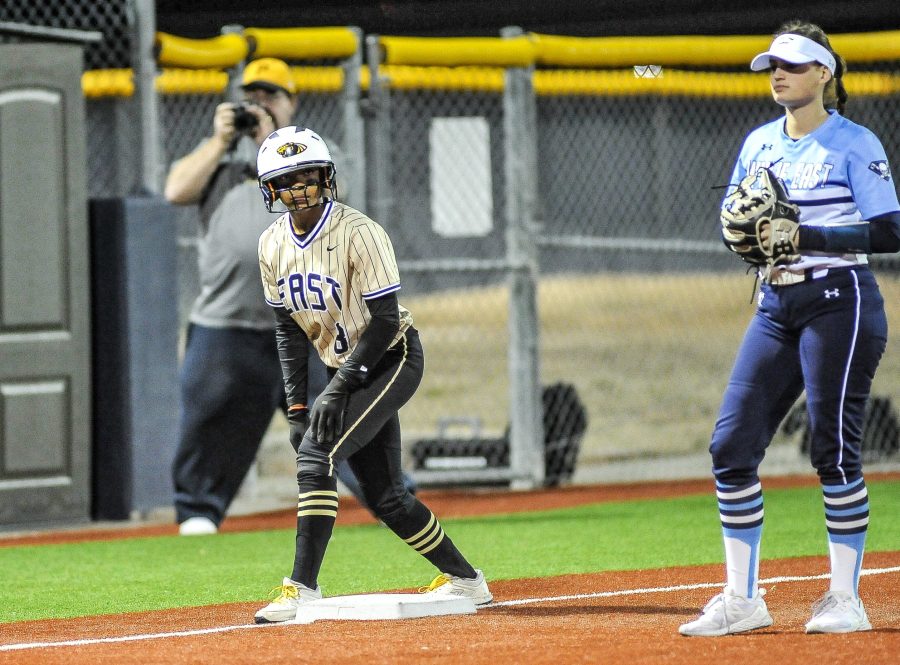 The Lady Panthers (2-3) opened the season on the road with a 3-2 extra-innings loss to Wylie East on Feb. 15. The Lady Raiders got a good pitching performance from Presleigh Duff and Isabella Flores, who combined to pitch eight innings and strike out nine batters.

Duff settled in after surrendering a run in the first, throwing four straight shutout innings before giving up a late run. Flores picked up the victory, hurling two shutout innings in relief.

Wylie East managed to take a 2-1 lead in the fourth inning before driving in the winning run in the bottom of the eighth inning. Emma Halligan led the team with two hits and drove in the game-winning run.

Plano East then traveled to Forney for their opening weekend tournament, winning two out of four games over the weekend. East opened the tournament on Feb. 17 with an 11-10 victory over Longview.

In a game that lasted just three innings due to time constraints, the Lady Panthers manufactured 13 hits and drove in three runs in the bottom of the third to secure the win.

Longview scored seven runs in the second inning while trailing 4-1 but couldn’t slow down the East lineup. Jadyn Dawson got the start in the circle for the Lady Panthers and went just 1.2 innings but helped herself out at the plate. She ended the game with three hits and three RBIs to help her team win.

The Lady Panthers won their second game of the day 8-4 over Crandall, with the lineup getting things done once again. East had eight hits in the game, led by two from Ashlyn Bullington. Marli Kennedy also had two RBIs in the game.