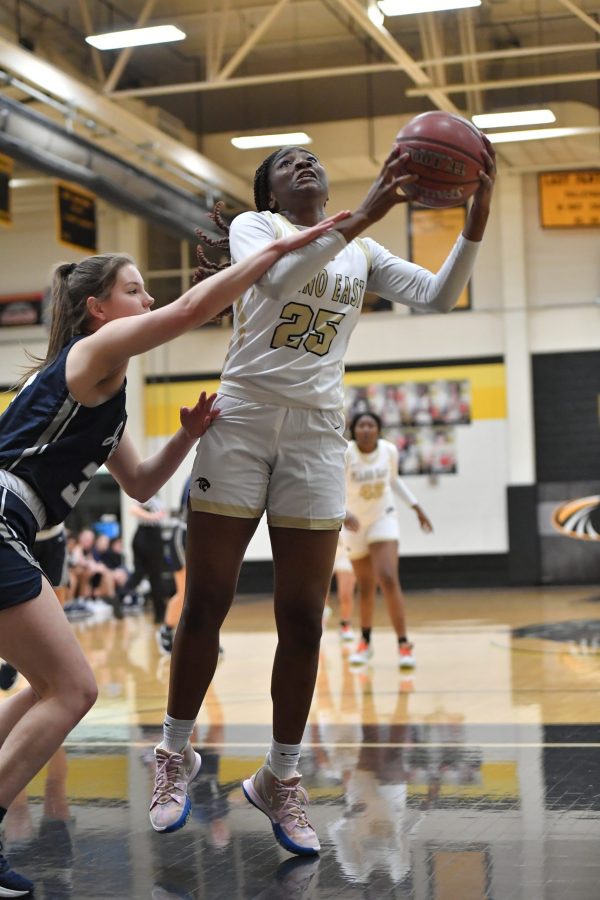 Donavia Hall hit a 3-pointer on the third possession of the game to give Plano East a 3-2 lead.

On the next possession, the Denton Braswell Lady Bengals (12-0, 34-2) scored and led for the remainder of the game to defeat the Lady Panthers (13-1, 25-5) 57-54 Tuesday night. Braswell raced out to an early 10-3 lead after Hall’s field goal, but East settled in and slowly chipped away at the lead.

The Lady Panthers managed to trim the deficit to three points or less on six different occasions but couldn’t find a way to tie or take the lead. The Lady Bengals defense forced several turnovers in a fast-paced game and Alisa Williams had a basket whenever her team needed her. Ahead by just two points late, she connected on a mid-range jumper and drew the foul to give Braswell a five-point lead.

Still, East fought and cut the deficit back to two points with less than 40 seconds remaining. Hall got another look from distance, but the shot rattled out and Braswell hit their free throws on the other end.

Plano East’s season ends with seven seniors graduating from the regional quarterfinalist team. The senior class was one of the most successful in Lady Panther’s history, reaching the regional finals last season as well.