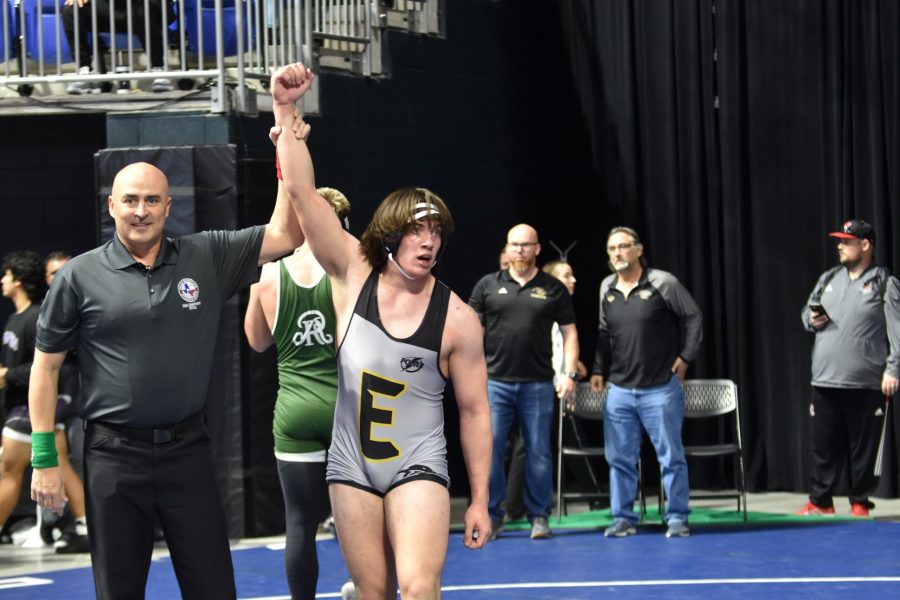 Plano East sent three wrestlers to the state tournament, and one came back a state placeholder.

Peyton Madawi finished fifth overall at the meet on Feb. 18-19, solidifying a 56-8 record for the season. He’s the first placeholder for Plano East in wrestling since 2017.

Madawi opened his championship round with a pin of San Antonio Reagan’s Sawyer Peevy. He then lost his second match by a close 6-3 decision, knowing it would force him through the consolation bracket. Madawi proceeded to pin Wylie’s Dane Farley and defeat in a majority decision El Paso Montwood’s Jose Angel Rosales. The victories guaranteed his medal place.

His first match came against Southlake Carroll’s Peter Etheredge and Madawi lost by an ultimate tiebreaker point to move into the fifth-place match. He won that match by an 8-4 decision, securing his place.

Along with Madawi, Aariz Habib and Aidan Miller also competed for the Panthers program, but neither athlete was able to place. Habib lost both of his matches in the 120-pound weight class, losing by a 10-2 decision, and then getting pinned. He finished his junior season with a 47-13 record.

Miller, also a junior, lost his first match before defeating San Antonio Roosevelt’s Caleb Molina 2-0 to advance one more round. He lost via a majority decision but finished his first season with the Panthers with a 45-14 record.