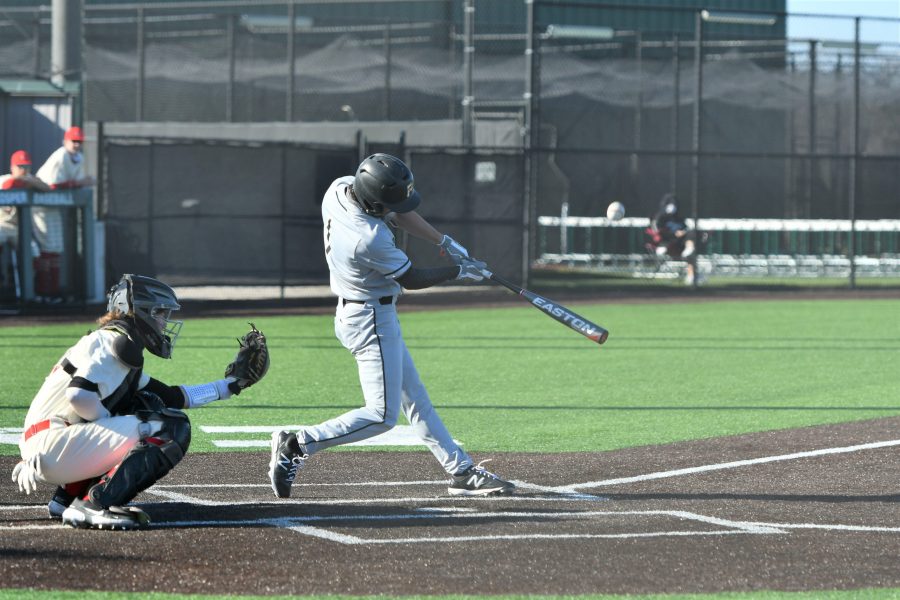 With several seniors graduating and a new head coach, it would be easy for a lot of teams to take Plano East for granted. Head coach Michael Martinez is gearing his team up for the long run, however, and is eager for the team to prove itself this season.

Taking over as head coach after being an assistant last season, Martinez is learning what it takes to be the man in charge and is thankful for the staff around him.

“There’s a lot more preparation involved from my end,” Martinez said. “Being an assistant, you’re not the main architect, but I’m very fortunate to have assistants who are knowledgeable and help myself and the kids through the process. We want to establish a new culture and its starts with everyone.”

The culture change starts on the mound for the Panthers, who welcome several new players to the rotation. Drew DeVillier projects as the top starter for Plano East, but the rotation will feature plenty of new faces in 2022.

“It’s a lot of new faces in the rotation, but I got a lot of experience with them at the junior varsity and the freshmen levels,” Martinez said. “We still feel like it’s going to be one of our strong suits. The early part of the season is to establish who will come in and start those district games.”

Next to DeVillier, Martinez added that Aythan Hornung, Grant Origer, Dasan Harris and Drew Conner will get a chance to earn the No. 2 spot in the district rotation. With a different contrast of arms to pick from, coach Martinez said it will come down to who looks most comfortable in the non-district games.

“Drew [Conner] and Grant can be more velocity guys, while Dasan and Aythan have more deception to their games that I think works really well,” Martinez said. “They’re all going to get a chance to compete and I’m excited to see what they can do.”

As the ace in the rotation, DeVillier had five appearances at the varsity level last season, getting two saves. While his varsity baseball experience is light, the sophomore hurler was a standout at the junior varsity and club teams. He’s already committed to TCU on a baseball scholarship for after he graduates.

“He’s very calm and does a really good job of never getting rattled,” Martinez said. “He also has an edge to him. He’s big and is developing quickly. His velocity is already up from last year and we’re excited to have him for three more years.”

At the plate, the Panthers will have a different approach to at-bats without graduating seniors Jake Jennings, Ben Baker-Livingston, Zach Esquivel and Colton Shaw. All four were among the best extra-base hitters on the team last season, but coach Martinez thinks the team will have the depth to be a better team 1-9 this season.

“I like our chemistry this season,” Martinez said. “Last year, I thought we had five or six good players at a time, but I think everyone knows their roles pretty well. I think we’ll be a lot scrappier this season.”

At the top of the lineup is senior Caleb Bergman. The Baylor baseball signee led the team with a .350 batting average last season to go along with five triples and 36 hits. Among the top in the area on the diamond, he’ll miss the start of the season with a back injury but should make an impact on and off the field.

“He is somebody who is like having another coach on the field,” Martinez said. “He can play center, shortstop and has experienced success. He knows the game inside and out and I don’t think I’ve coached many guys who know why we do things on the field. He’s as good of a teacher as he is as a player.”

Plano East opens the season at the Wylie East tournament on Feb. 24. After three non-district tournaments, the Panthers will open district play March 16.