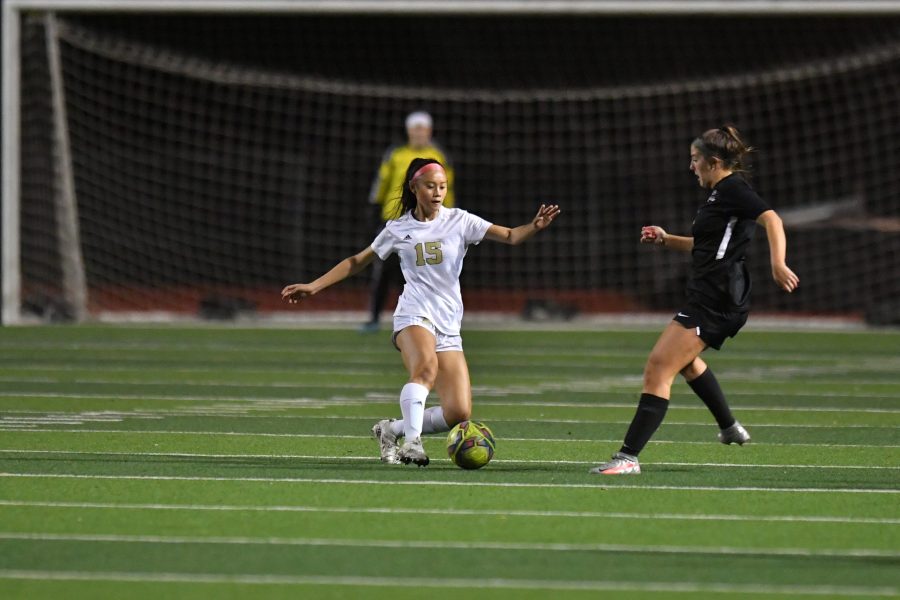 Roster turnover can create new expectations, as well as questions for an athletic program.

In the case of the Plano East girls soccer team, replacing several seniors means that a young roster will have to mesh quickly.

“We have a young team, so our goals are geared around assessing where we are,” Cooley said. “Our expectations will be made after our first few scrimmages of the season. We had 12 seniors last year and even after coming off of COVID, it was a new start.”

Cooley, for the first time as a head coach at Plano East, coach Cooley elected to schedule a preseason scrimmage game. East will play against Prosper at home on Dec. 17, and hopes to learn from the experience, preparing the team for the regular season.

“The biggest thing we’ll have to work on is the speed of play,” Cooley said. “We have several girls we like and think are talented, but we won’t know until they’re playing varsity games.”

Coach Cooley had been preparing this team since last season. Knowing the roster turnover was coming, she allowed many JV players to move up to the varsity team for 15 to 20 minutes a game to give players the valuable experience needed for this season.

“A lot of kids that are younger have played some club but don’t know what to expect coming into the team,” Cooley said. “They’ll come in and face kids that are three or four years older than them, have Division I scholarships and are just at a different stage. When you don’t have that experience, you have to get acclimated quickly.”

Isabella Queneau, Valeria Vastida, Alexa Delapaz and Kalia Moore are the only returning starters for the Lady Panthers across multiple positions. Plano East feels like there are building blocks to help the team through district play with four starters.

For the complete story, see the Dec. 16 edition of the Murphy Monitor. Support your community newspaper for less than $40 a year.