Christmas in the Park celebration Thursday 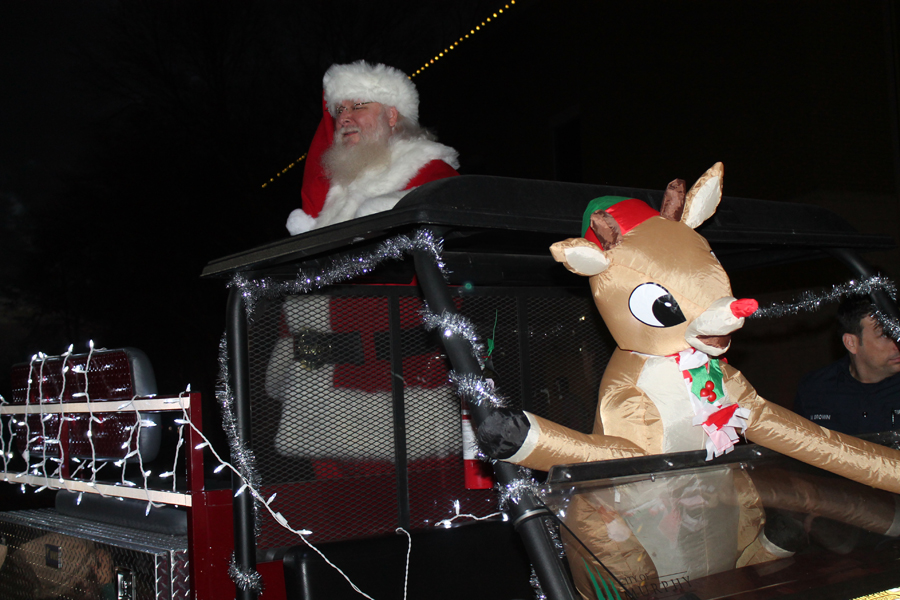 Area residents looking for some yuletide cheer, and perhaps some shopping, will have several opportunities to get in the spirit.

The city of Murphy will hold its Christmas in the Park celebration, from 5:30 to 8:30 p.m. Thursday, Dec. 2, at the Murphy Municipal Complex, located at 206 N. Murphy Road.

Special Events Coordinator Kayla McFarland said the event is free to the public and will feature various fun family activities, including a sidewalk parade and Christmas tree lighting.

The mini parade’s theme is “Holiday Classics,” featuring movies, books, holiday characters and golf carts, ATVs, wagons and bicycles. The parade begins at the fire department and winds its way through the municipal complex and ends at City Hall.

The community Christmas tree lighting ceremony is set for 5:45 p.m., immediately after the parade wraps up.

There will also be crafts and games for children, food vendors and marshmallow toasting for everyone to enjoy. Several local entertainment groups will perform, such as the Murphy Middle School Choir and The Texas Jazz Cats. Families will also have the opportunity to see a reindeer and take pictures with Santa Claus.

Once again, Santa Claus will join Murphy Fire-Rescue to tour the city atop a fire engine.

Beginning Dec. 6, and continuing every evening except for Sundays, families should be on the lookout for Santa from 6:30 – 8:30 p.m., when he tours various neighborhoods and greets children in Murphy.

According to Fire Chief Del Albright, the only exceptions to the tour will be neighborhoods with short cul-de-sacs. In the event of inclement weather or an emergency, the ride for that evening will be either postponed or canceled.

An interactive map allowing residents to see exactly where Santa is on any given evening will be available on the city’s website.

Once opened, residents can identify their home and the numeric waypoint on the map closest to their home.

The ride will follow the waypoints in order and outlined in a green dotted line. Once Santa passes a waypoint, the line will become solid red. A small fire truck on the map will represent Santa’s locations.

Because Santa will be secured to the fire engine, he will not be able to disembark to interact with anyone. To complete the city tour within the timeframe, the engine will not stop for any length of time.

In addition, firefighters, members of their family and city councilmembers will be tossing wrapped candy from the back of the fire truck. As a precaution, officials ask that parents accompany small children and watch them as Santa makes his way through the neighborhood.

The fire engine will have all of the brightly colored emergency lights ablaze and sound its siren, all in an attempt to alert residents of Santa’s presence.

For those who want to support local artisans, the Wylie Arts Festival will be from 9 a.m. – 4 p.m. Saturday, Dec. 4 at the First Baptist Church Wylie event center, located at 112 S. Ballard Ave.

More than 170 vendors, some set up inside the church and some outside, will be featured at the event, which is free to the public. There will be handmade crafts, fine art and unique items for sale. The festival includes food, live music and activities for children as well.

First Baptist Church in Wylie will once again sponsor the annual Festival of Lights Christmas Parade, set for 6 p.m. Sunday, Dec. 5 on Ballard Avenue. The annual Tree Lighting Ceremony will be held in Olde City Park, 112 S. Ballard Ave, after the parade. According to information from the city, the tree lighting event will include songs of the season from the Wylie High School’s Tempo choir.