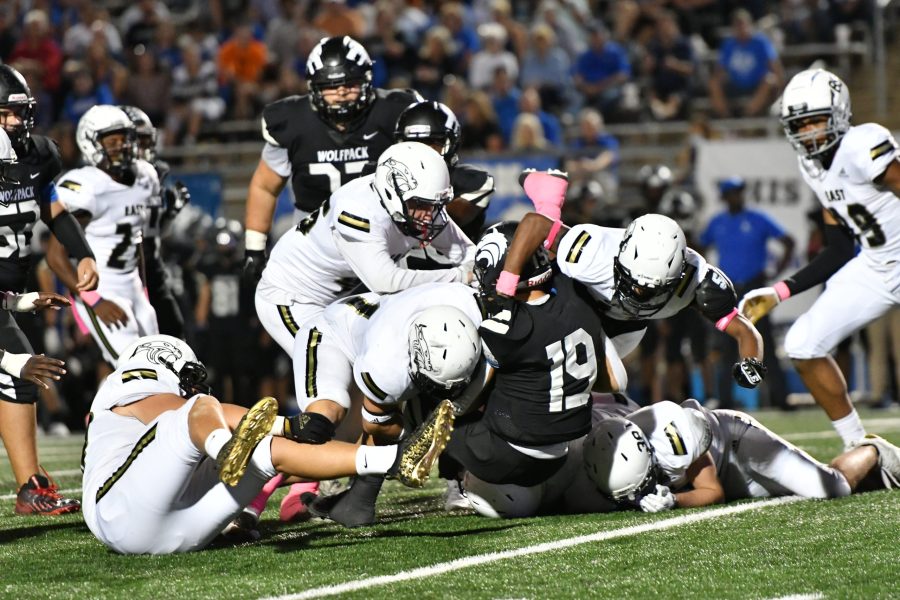 That means a contest on the road against Flower Mound (1-2, 2-4) is critical. With four teams all within a game of each other for the final two playoff spots, the Panthers and the Jaguars will desperately need to win this game to keep up with Marcus and Coppell.

Both teams have talented offenses that have put up big yardage. The good news for Plano East is they’re on the road, where they are 2-1 this season. With even records between the teams, it should make for a competitive game.

Here are Plano East’s three keys to defeating Flower Mound on the road this Friday.

1. Get pressure on Nick Evers

247sport’s No. 12 quarterback in the country, Nick Evers, is one of the most talented players in District 6-6A. Evers’ numbers jump off the page even though he missed a couple of games with an injury.

For the season, Evers has 1,379 yards passing and nine touchdowns to just one interception. He also leads his team in rushing, totaling 273 yards and four scores. The Jaguar signal-caller is one of the best in the country and Plano East’s secondary will have its hands full.

Head coach Joey McCullough emphasized the importance a pass rush will have on the game. Chima Chineke, Braden Bergman, Cedric Diggs and Aidan Miller have had the most significant impact on East’s defensive improvement this season.

Relying on the secondary won’t be enough for Plano East. It will take a collective defensive effort to contain Evers.

For the complete story, see the Oct. 14 edition of the Murphy Monitor. Support your community newspaper for less than $40 a year.