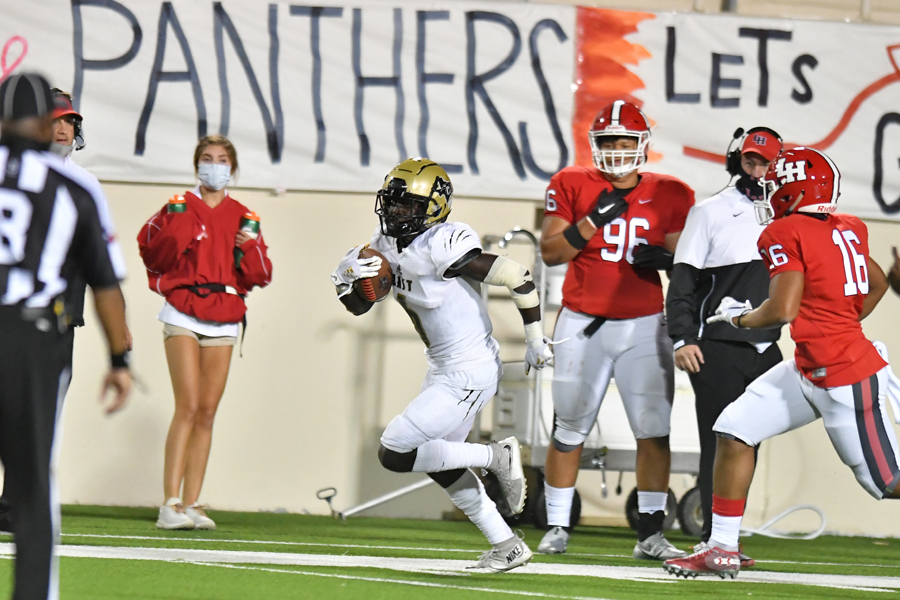 With a team running the ball as well as Plano East did last season, the Panthers feel good about the running back position in 2021.

The Plano East Panthers football team rushed for near­ly 2,000 yards in 2020, led by Ismail Mahdi’s breakout junior season. Head coach Joey Mc­Cullough was thrilled with his season but sees him getting even better for the upcoming year.

“I can see him being a 1,200 to 1,500-yard rusher and 600 yards receiving,” McCullough said. “He gets all around the field — we’ll put him in the backfield, at quarterback, in the slot and on special teams — I’m just excited to see him on the field and the work he’s put in this offseason.”

Mahdi attended the SMU football camp this offseason and schools like Auburn began to take an interest in his skill set. In the modern football game, a running back has to show the versatility of both running and passing situations. Mahdi showed that in 2020.

For the full story, see the June 17 issue or subscribe online.