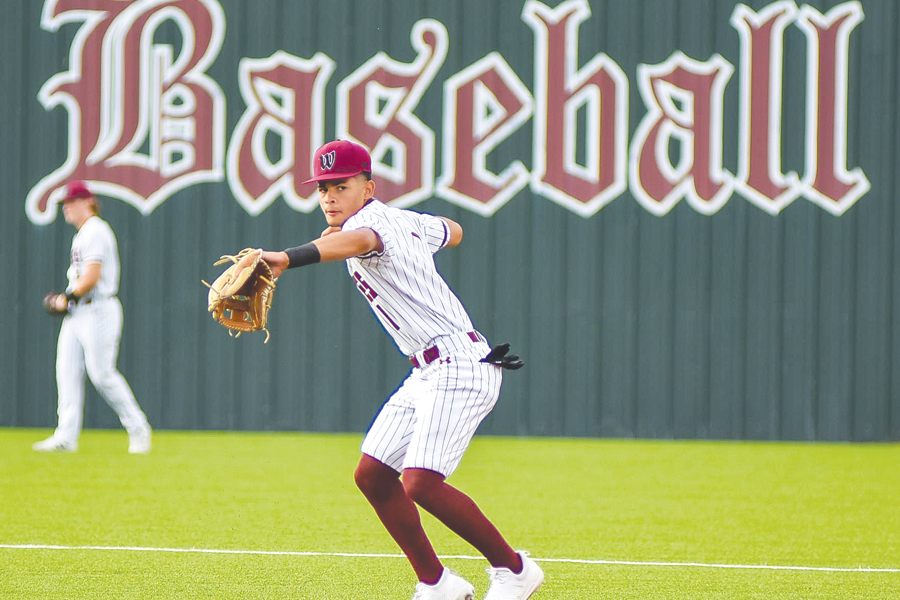 Pitching propelled the Wy­lie Pirates baseball team to a district championship, now it’s helping the team through the postseason.

After taking care of business in the bi-district round in beat­ing Horn in two games, Wylie swept Waxahachie in two close contests. The Indians, ranked No. 8 in The Dallas Morning News’ area poll, struggled to find consistent hits against the Pirates. Through the first two rounds, Wylie has given up one run or fewer in each of its four playoff games.

“Any coach will tell you that a good starting pitcher can be the most important thing for a baseball team,” Wylie head coach Beau Snodgrass said. “Those guys have gone above and beyond. It’s simple to say but it’s easier to win without giving up runs.”

Luke Wiseman got his first start in the postseason leading Wylie to a 2-1 win in game one on May 12. He pitched seven innings in the complete-game victory. He gave up one run on six hits and struck out sev­en batters. Waxahachie outhit Wylie in game one by a total of six to four but failed to get runs across the plate. The Indians left runners in scoring position in the first and third innings and coach Snodgrass credited the defense’s composure to get outs.

“They’re never shaken,” Sno­dgrass said. “They never panic or go outside of themselves. They just make plays and get us back in the doubt.”

For the full story, see the May 20 issue or subscribe online.