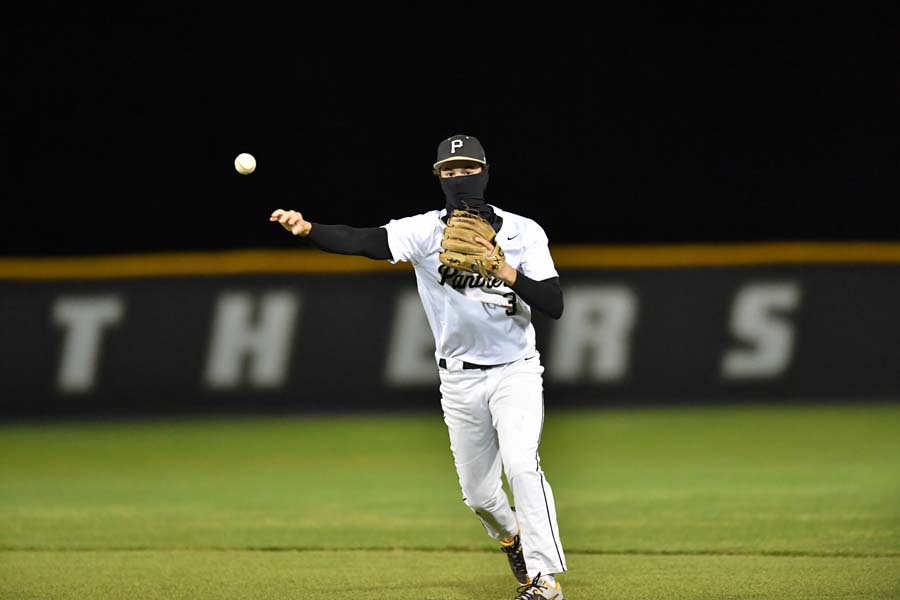 Panthers swept by Cowboys, on brink of elimination

Facing the second-placed Coppell Cowboys was always a tough task, but the Plano East baseball team failed to drive home a run in the sweep.

The Panthers opened the week at home against the Cow­boys and had a classic pitching duel between East’s Apollo Cassimatis and Coppell’s Chay­ton Krauss. Plano East was no-hit in the game, while Coppell could only muster four hits in a narrow 1-0 victory on April 20.

Krauss was perfect through six innings, striking out 12 and allowing no walks in the game. In the bottom of the seventh with one out, Zach Esquivel reached on an error for Plano East’s only base runner of the game, ending the perfect game bid. The no-hitter was complet­ed two batters later as the Pan­thers couldn’t take advantage of their fortunes in the inning.

Cassimatis, meanwhile, was nearly as great. He also went the distance and struck out nine batters in the game in a hard-luck loss. The Cowboys one run came in the top of the sixth inning when they hit a single and a double with one out in the inning. With first and third, a suicide squeeze play was called and Plano East took the out at first base. It was all Coppell needed to manufacture to get the win.