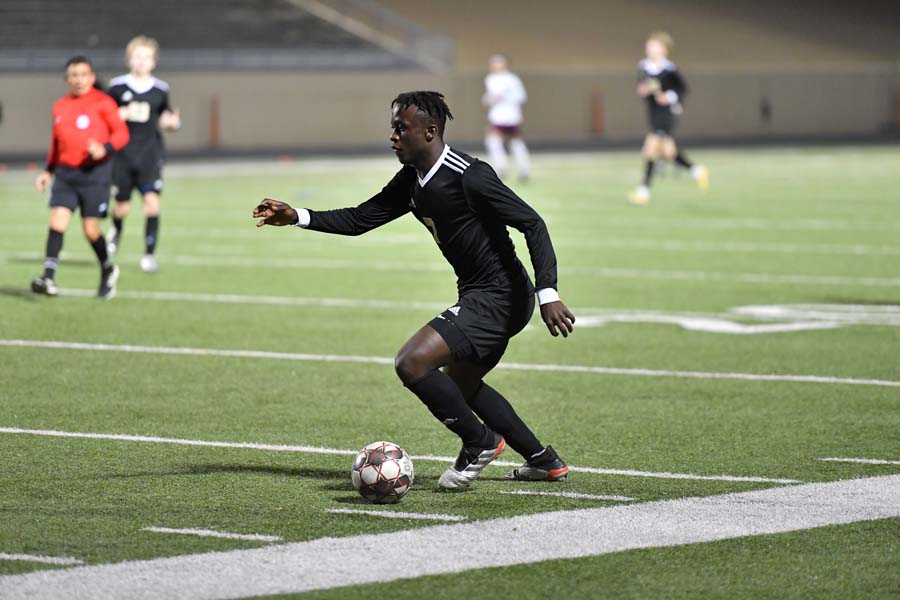 The Plano East boys and girls soccer teams knew their seasons would soon come to an end, but wanted to make a mark on the year.

The Panthers boys soccer team played its final game of the season against Marcus on Tuesday, March 16, and battled to the very end in a 2-1 loss.

Marcus was able to capitalize a little less than seven minutes into the game on a ball played into the box and some miscommunication from the Plano East backline. After going down 1-0 early, it was some of the issues that plagued Plano East all season long brought into the spotlight.

Time after time, the Panthers created great chances but just couldn’t finish them off. Jonathan Rooke found Carson Daily in the box but his shot trickled just wide with 25 minutes remaining in the first half. They finally broke through, capitalizing on an own goal from Marcus to even the score at one apiece.

The second half continued with Brett Agnew making a big save for Plano East, but after struggling to hold possession, Marcus once again regained the lead and got the game-winning goal to win 2-1. Plano East lost the ball in their own half and Marcus’ counter-attack resulted in a tap in goal.

Arman Massoudi had once more chance for the Panthers, but the shot sailed just over the crossbar and out for a goal kick. In the end, Plano East fell, finishing the season in sixth place in District 6-6A. The Panthers’ record ends at 7-10-6 and 4-9-3 in district competition. Struggling to finish chances in the district all year was the story for Plano East, who ended the year with a plus-one goal differential for the season, but minus five in district games. Their 17 district goals were sixth amongst their district competitors.