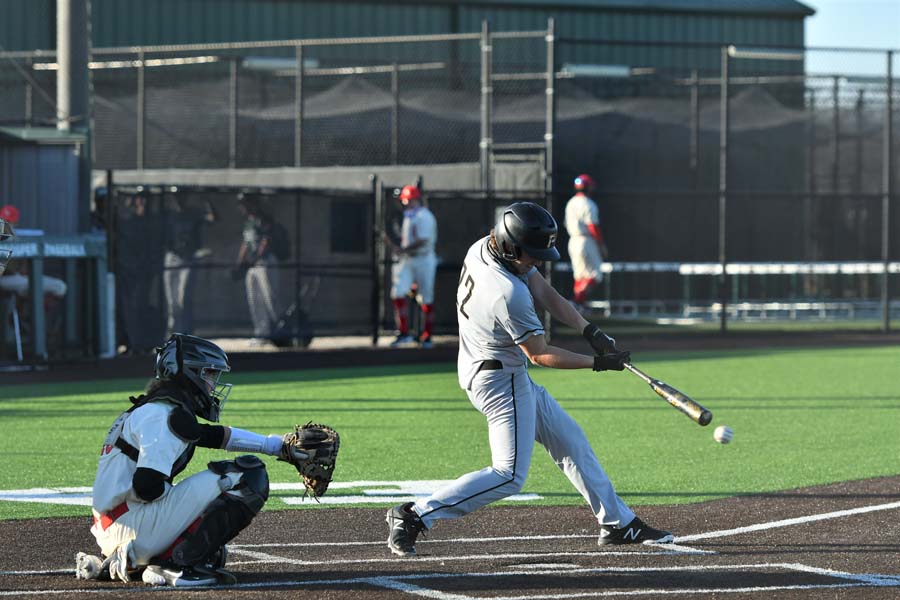 The Plano East baseball team opened district play with back-to-back games against Hebron and split the series between the two.

They opened district play last Wednesday, March 17 with an 8-6 win over the Hawks. The Panthers found themselves down 5-1 after three innings of work and needing a rally. After a Hebron home run in the top of the fifth inning increased their lead, Plano East responded with a five-run bottom of the fifth inning.

Caleb Bergman started things off with a triple and was driven in by Jake Jennings’ double. Colton Shaw then singled in two runs to cut the lead to 6-4 with still no outs in the inning. Plano East capped off the innings with two more runs scored with the bases loaded – one off of a hit by pitch, and the other walked in – to tie the game at six.

With the game now tied, Plano East took the lead for good with a two-run double from Austin Stanton to seal the game.

Jennings led the way for the Panthers with four hits in the game, and Ben Baker-Livingston pitched all seven innings in the win for Plano East. He totaled 14 strikeouts for the game, including seven over the final three innings in which he only gave up one hit and one run.