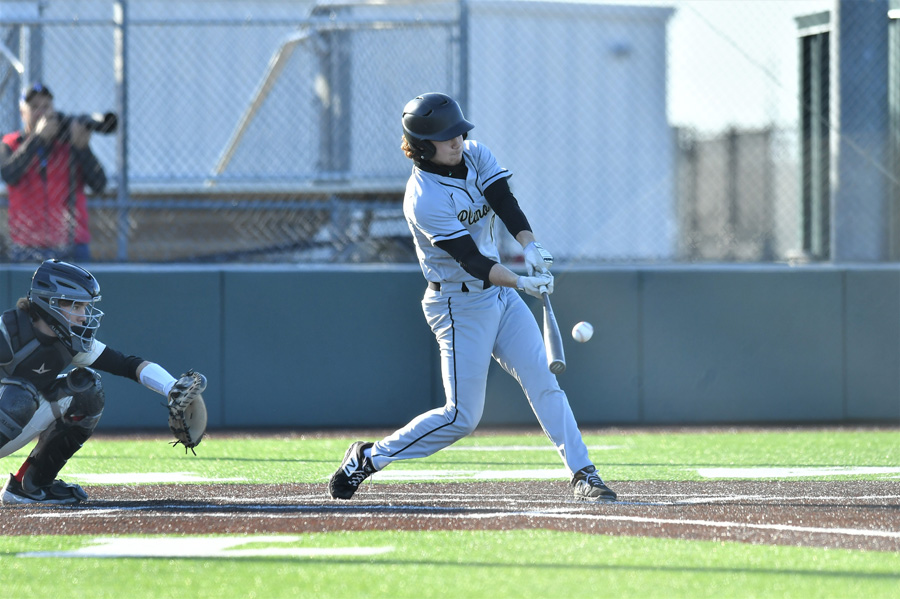 The Plano East baseball team went into the Jay Higgins Tour­nament with an 8-3 record and came out with four more victo­ries over the weekend.

The Panthers did get off to a slow start in the tournament, when they fell to host Pearce on Thursday, March 11. Plano East held a late lead in the game before a late home run from the Mustangs’ Burke Wahlberg gave his team a 5-4 victory.

Pearce opened the game with a home run in the bottom of the second inning to take a 1-0 lead. With both pitching staffs performing at a high level, the Mustangs tacked on two more runs in the fourth inning on a single to right field.

That’s when Plano East began to turn the tide, as they scored three runs in the fifth inning to tie things up. Ben Baker-Livingston led off the inning with a home run, followed by Kyler Kang singling in a run and Zach Esquivel hitting a sacrifice fly in the fifth. After Kang’s second single scored Baker-Livingston in the sixth, it looked like Plano East had com­pleted the comeback. That was until the walk-off home run for the Mustangs to end the game.

For the full story, see the Mar. 18 issue or subscribe online.