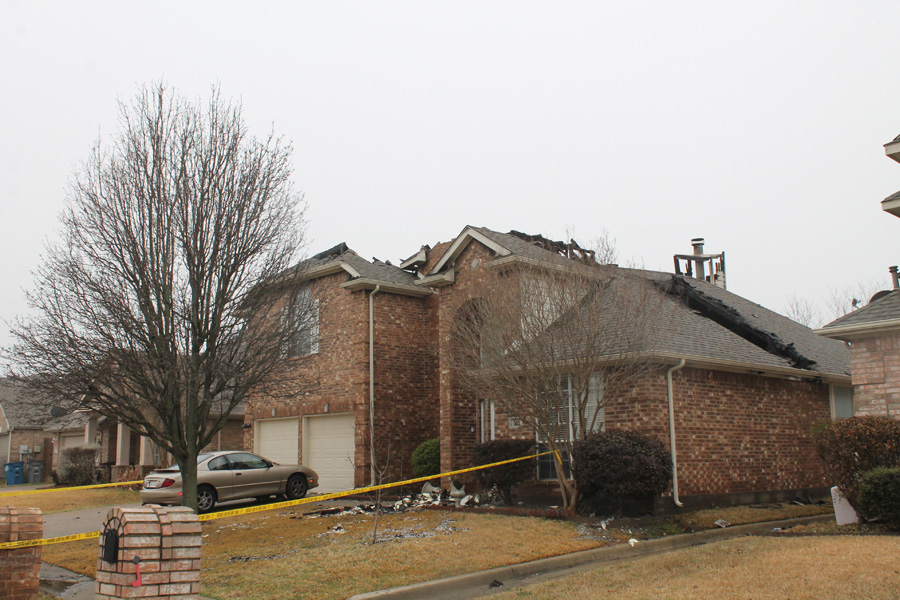 The other fire damaged a home of a family of four and their three cats.

Wylie Fire Departments crews responded just before 8:45 p.m. Feb. 25 to the 400 block of Milford Drive, where a house caught fire during a rain storm.

The preliminary investi­gation appears to indicate a lightning strike started the fire.

“Our fire marshal’s office is continuing to investigate, but it looks like that,” said Wylie Fire Chief Brandon Blythe, who added a firefighter suf­fered some injuries and was treated and released from a hospital.

Fire was coming through the roof of the house when police and fire crews arrived. The blaze was brought under control at 9:10 p.m. The oc­cupants were evacuated when first responders arrived. Two adults, two children and three cats lived in the home, and firefighters were able to res­cue the cats.

On Feb. 26, crews could be seen patching up the roof on the home with a tarp-like covering.

For the full story, see the Mar. 4 issue or subscribe online.