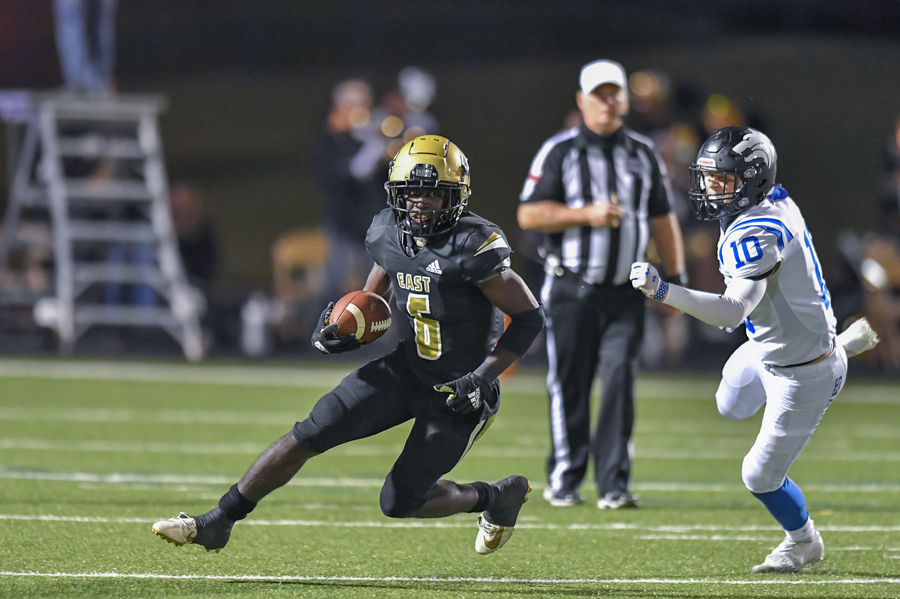 It’s never easy to lose a rivalry game, but the Panthers must pick themselves back up. After a courageous comeback attempt against Plano West, Plano East fell just short in losing 34-26. With just four games left to try and get their first win of the season, Flower Mound presents a great opportunity to do just that.

It’s one thing that Plano East hasn’t struggled with doing all season. Even after the slow start against Plano West, they rebounded to score 26 as they mounted the comeback bid that fell just short in the end. With a lot of the talent the Panthers have on offense, they should have no trouble again moving the ball against Flower Mound.

While the rushing attack for Plano East behind Ismail Mahdi has continued to be a force on offense, the passing game is where they’ve certainly seen some inconsistencies this season. Last week, against a good Plano West defense might have been their best week through the air, when Harris Boyd came in and threw two touchdown passes in the second half to go along with only four incompletions. It was an efficient and good night from Boyd and they’ll need that again from him this Friday.

Flower Mound likes to throw the ball early and often. Their quarterback Nick Evers has 1,300 yards and nine touchdowns passing. He also spreads the ball around as three different receivers have two touchdowns or more. They can move the ball while passing and Plano East’s defense has to be up to the challenge.

For the full story, see the Nov. 12 issue or subscribe online.