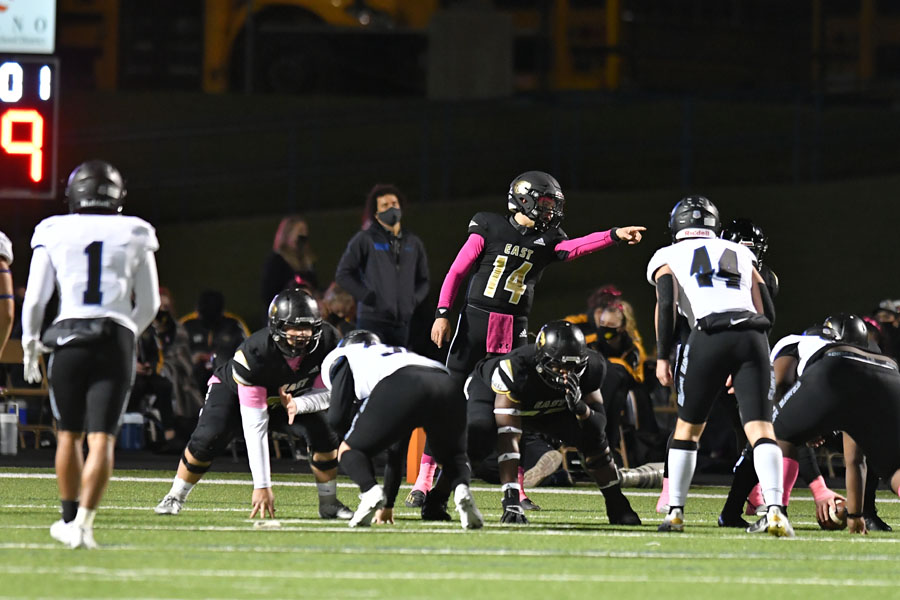 Frustration setting in, the Panthers are looking for a win. It doesn’t get any easier for the next week as they take on Lewisville in a district matchup. The Farmers are blessed with a lot of Division 1 talent, especially on the offensive side of the ball, but have dropped a couple of games due to various mistakes.

With Plano East needing a win to keep any playoff hopes alive as they head to Max Goldsmith Stadium, here are the three keys to the Panthers beating the Farmers.

There are not many teams more individually talented than the Lewisville Farmers. On offense, they have scholarship players at quarterback, running back and two wide receivers. But they lost two games due to their undisciplined play and mistakes they make that cost them games. They had more talent last week than Plano West, as evidenced by outgaining Plano West by 99 yards, but the Farmers also committed over 100 yards in penalty. This is a norm for them, and it has cost them a couple of winnable games.

Mahdi has been a star for Plano East. He continues to put in great performances despite some of the offensive struggles around him. In their last game against Hebron, Mahdi finished with 234 yards of offense. That is a great performance. The only issue for the Panthers is that Mahdi himself accounted for nearly 62 percent of the offensive production out of Plano East. That isn’t going to get it done.

Hebron averaged 6.32 yards per carry on the game against Plano East. That task gets a lot tougher against Lewisville. We’ve talked about the embarrassment of riches on Lewisville’s offense, and nobody has been better than Damien Martinez.

For the full story, see the Oct. 29 issue or subscribe online.