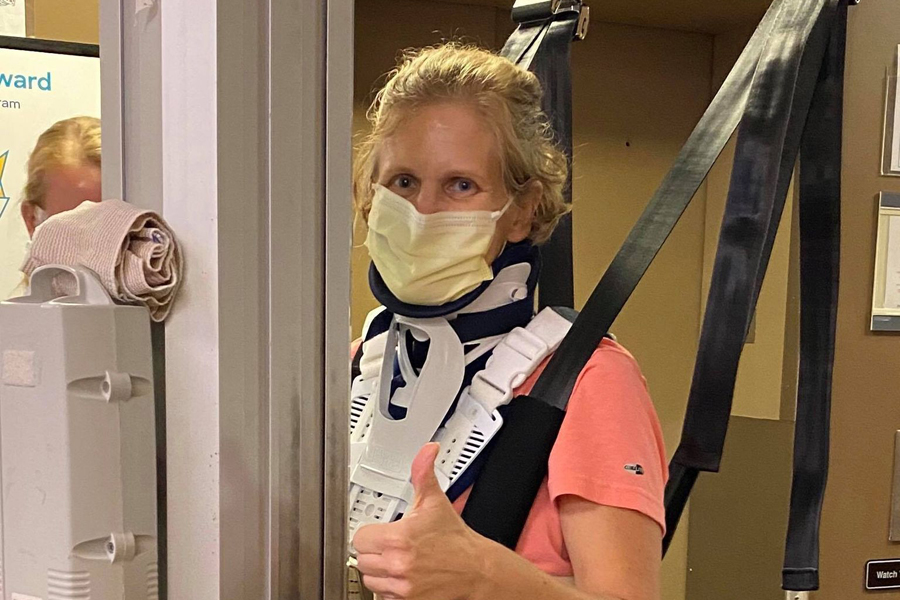 In September, after her most recent surgery, Taffy Wehe used a lite gait at Baylor Institute for Rehabilitation as she tried to learn to walk, again.

Searching for slivers of hope amid 14-year cancer journey

For the past 14 years, the Wylie mom has been waging a battle with cancer while raising four children who, at the time of her diagnosis, were ages 2, 4, 6 and 8.

In Oct. 2006, Wehe was diagnosed with myxoid round cell liposarcoma (MRCLS).

“I felt terrified. It hits you like a brick wall. You never think it will happen to you, I still don’t,” Wehe said.

At the time, the young mother had resection surgery to remove the orange-sized tumor which was pressing on her sciatic nerve causing severe pain followed by che­mo and radiation. The inci­sion went from four inches above her knee to just below her waistline.

For the full story, see the Oct. 22 issue or subscribe online.