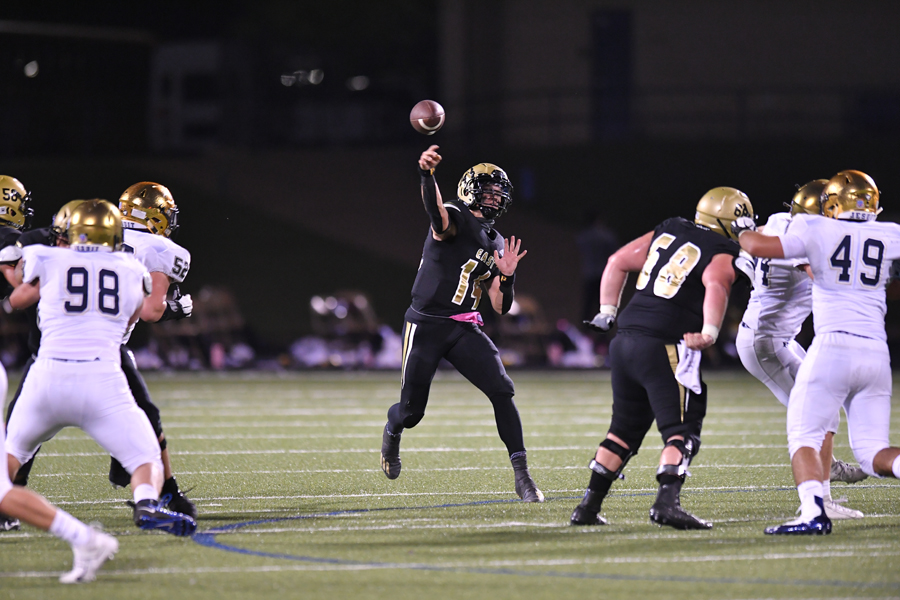 After falling to Jesuit 23-17 the Panthers enter district play with a renewed level of effort. It’s a new season and anyone is capable of winning the cham­pionship.

They take on Hebron this Friday. The Hawks, who did not play Plano East last season, finished the year 8-3 and are currently 1-1 to this season.

In Hebron’s lone loss to Denton Guyer, they were able to attack the Hawks defense on the ground. The Wildcats had 309 rushing yards for the game and were led by Byron Phillips, who had 152 yards and three touchdowns. The Panthers are going to need a similar performance.

This is something Plano East did very well against Jesuit in week three. They didn’t turn the football over once in the entire game and for that they kept it within one score and had a chance to win the game. It’s simple to say don’t turn over the football, but it’s especially true against Hebron, who have shown a great ability to create turnovers and score off of those turnovers.

The Hawks don’t throw the ball downfield a lot, but Henry is a dangerous talent at wide receiver. He’s a three-star re­cruit according to 247sports and has great route running ability. The Panthers need to account for Henry at the line of scrimmage and be prepared for any potential screen passes or short hitch routes thrown his way.

For the full story, see the Oct. 22 issue or subscribe online.