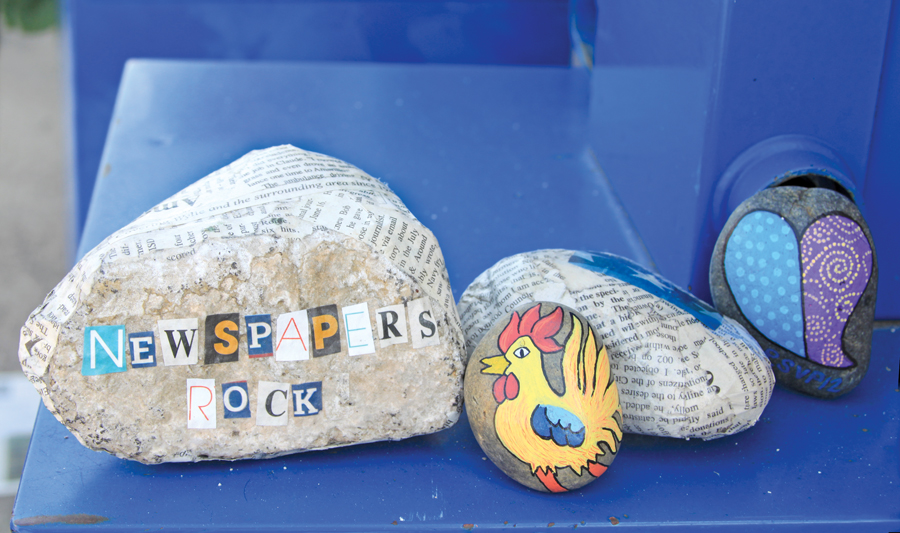 For the past two years, a quiet game of hide-and-seek has been going on in Wylie. First it started downtown, then it spread to the library and local parks. Before long, these unique treasures hidden in Wylie appeared in other Texas cities and throughout Texas. Some treasures were even brought on vacations, on cruises and out of town trips.

What are they hiding? What are they seeking? Quite simply, they’re rocks. Small landscape- style rocks that can fit in the palm of your hand but are big enough to have a nice flat surface to paint.

If this sounds weird or wonky to you, you might be living under a rock. There are over 1,700 groups and well over 4 million individuals participating in the rock painting movement according to the Facebook site Rock Painting Groups map. Pinterest pages are flooded with ideas and there are multiple websites dedicated to the art of rock painting…and hiding. It’s a game that is gender and age neutral and you don’t have to

be Picasso to paint them.

The popularity of the rock movement spread to Wylie two years ago. The group was started by Cheryl Lee and Vanessa Smith, two mothers looking for a creative outlet that they could enjoy with their kids, family and friends.

For the full story, see the July 4 issue or subscribe online.