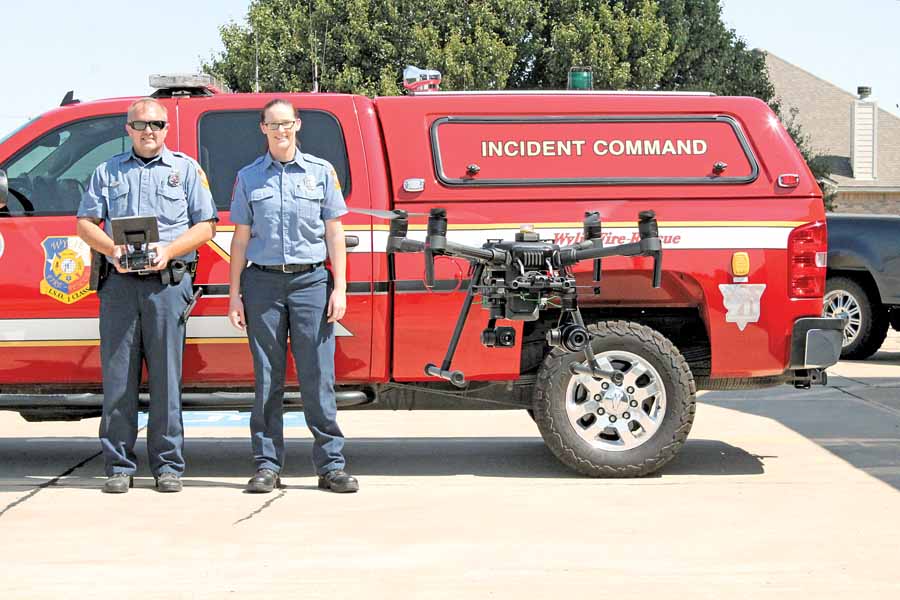 Several agencies coordinated their actions the evening of Saturday, May 11 to avert what could have been tragic after a 91-year-old woman was reported missing from a memory care facility in Lucas.

Wylie Fire Chief Brandon Blythe reported that his department was contacted at 8:06 p.m. to provide unmanned aerial vehicle (drone) surveillance to the area where the woman was reported missing.

Drone operator Firefighter Kate Hull detected a heat signature with a heat sensor camera on the drone and directed Lone Star dog handlers to the area. The Lone Star team found the woman near a creek, Blythe said.

“There were several agencies and it involved a lot of coordination,” the Wylie chief said.

For example, Hull had to clear her drone flight with nearby McKinney National Airport because of regulations governing airspace. Also searching from the air, in a helicopter, were Texas Department of Public Safety officers.

The 91-year-old was unable to walk when she was found, but was uninjured, Blythe said. She was taken to a Plano hospital as a precaution.