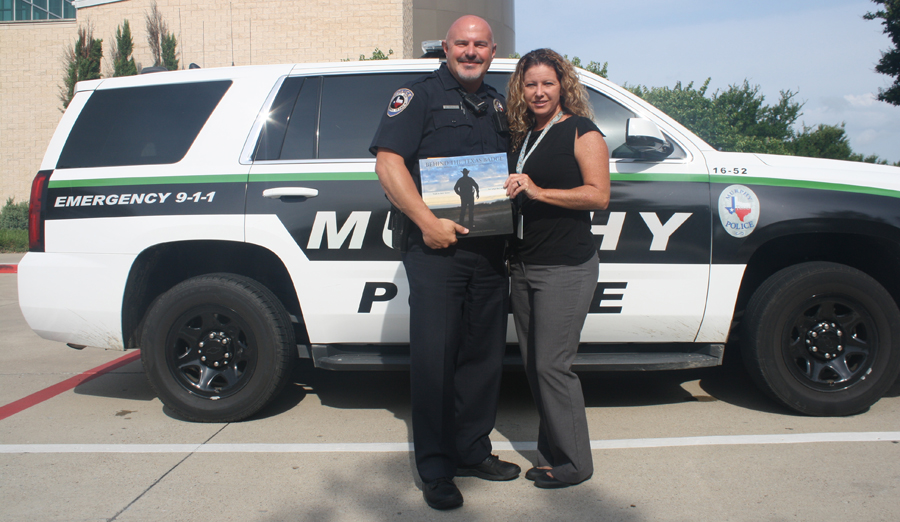 The Murphy officers are among 103 Texas police, sheriffs, deputies, constables, game wardens and rangers who recounted stories of their careers and were photographed for the 250-page book produced by Doug and Carol Hutchinson of Gainesville and published this year.

The featured officers come from the top of the Texas Panhandle to the Rio Grande Valley, and from the East Texas Pineywoods to El Paso. Each officer told their story in their own words, recounting events of the careers and telling why they chose law enforcement as a career.

Reed, a detective with MPD, has been in law enforcement since 2004 and recalled her first assignment, with another agency, was to work an undercover drug operation at a high school while pregnant.

“I entered the high school that year as a pregnant student. No one knew who I was, not even the teachers or the principal,” Reed recalled. “I managed to come up with an undercover identity and story that gave me a way in which to buy narcotics at school.”

She was able to complete the assignment, which resulted in several arrests and showed the community that drugs were easily accessible to children. Because of her success in that and other narcotics investigations, the detective reported that a hit had been put out to kill her.

For the full story see the June 21 issue or subscribe online.