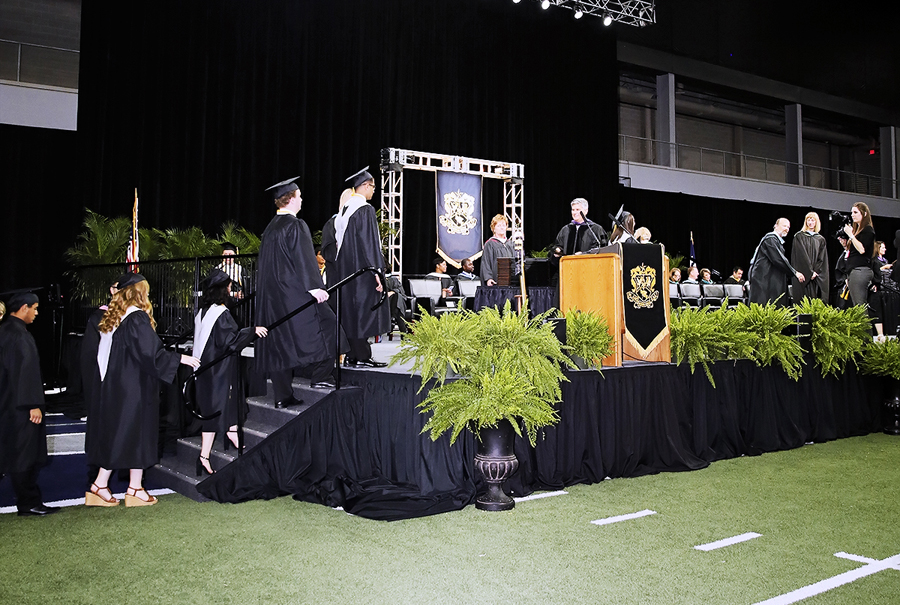 After reminding the Class of 2018 of its accomplishments, Plano East Senior High valedictorian Rahul Hayaran challenged his classmates to go out and accomplish the impossible.

The challenge was issued during Hayaran’s valedictory address at PESH commencement exercises Saturday, June 9, in Ford Center at The Star in Frisco. More than 1,300 graduates crossed the stage to receive their high school diplomas.

“Look to your left, look to your right. You know, we’re pretty awesome,” the valedictorian declared.

“Among us, there’s a team of researchers who are, quite literally, Number One in the world; a district, regional and state champion golfer; and Academic Decathlon team that placed seventh in Texas; a speech and debate team who had 17 qualifiers and four national tournament qualifiers; a chamber orchestra that’s Top Five in Texas; a marching band that qualified for UIL state; a magazine that was a Columbia Scholastic Press Association Silver Crown finalist; a theatre with 10 DSM nominations; and, most importantly, 1,335 graduates,” Hayaran explained.

Through a story, the valedictorian warned the class to avoid a trap of learned helplessness by limiting themselves and thinking smaller and safer.

“While it’s not wrong to be prudent, caution alone cannot change the world,” he said. “Part of changing the world is failing every once in a while. To make a difference, to do the impossible, you must overcome your learned helplessness, even if that means hitting a couple of roadblocks.”

For the full story see the June 14 issue or subscribe online.