Inspiring creativity in the community 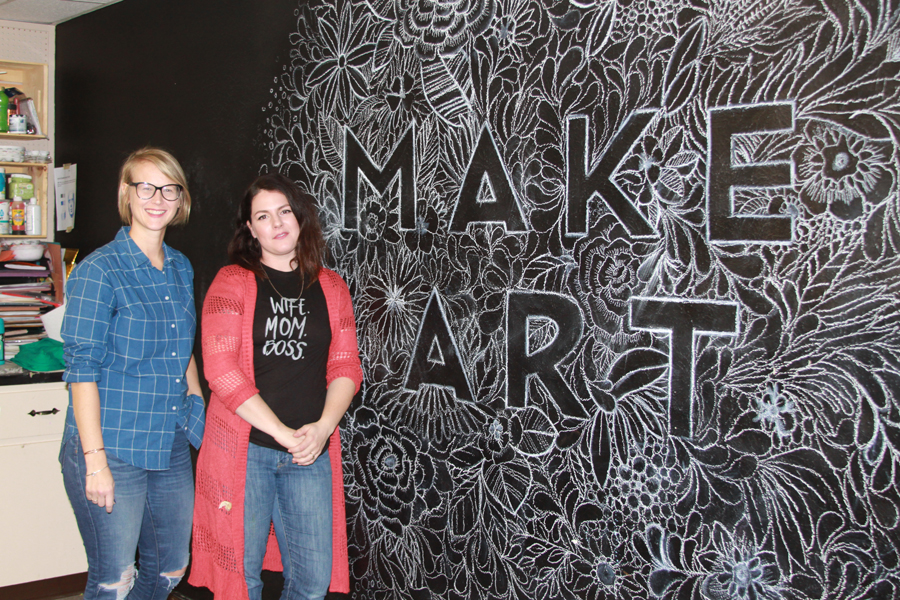 Thanks to a chance meeting at a neighborhood cookie exchange party in December 2016, Wylie moms Lily Courtney and Emily Gilchrist instantly formed a bond that quickly evolved into a creative collaboration.

Their bond, aside from being moms and transplants to the Wylie area, was art. Both had worked and earned a living in art-related jobs. Lily worked in art restoration and painted theatre sets for eight years in the DFW area. Emily was a muralist and owned her own business for 10 years in a small town in Idaho.

So when Lily mentioned to Emily that she looking to create art opportunities for children in Wylie, that was all it took to get the other artist’s interest.

Emily didn’t let the idea linger. She contacted Lily in January 2017 and said she’d really like to help her start something. “It was like an answer to a prayer,” Lily said. “We kind of clicked that way.”

The two moms met the whole month of February 2017 and strategized the best way to join their creative forces and start offering artistic learning opportunities to local children.

For the full story see the February 15 issue or subscribe online.