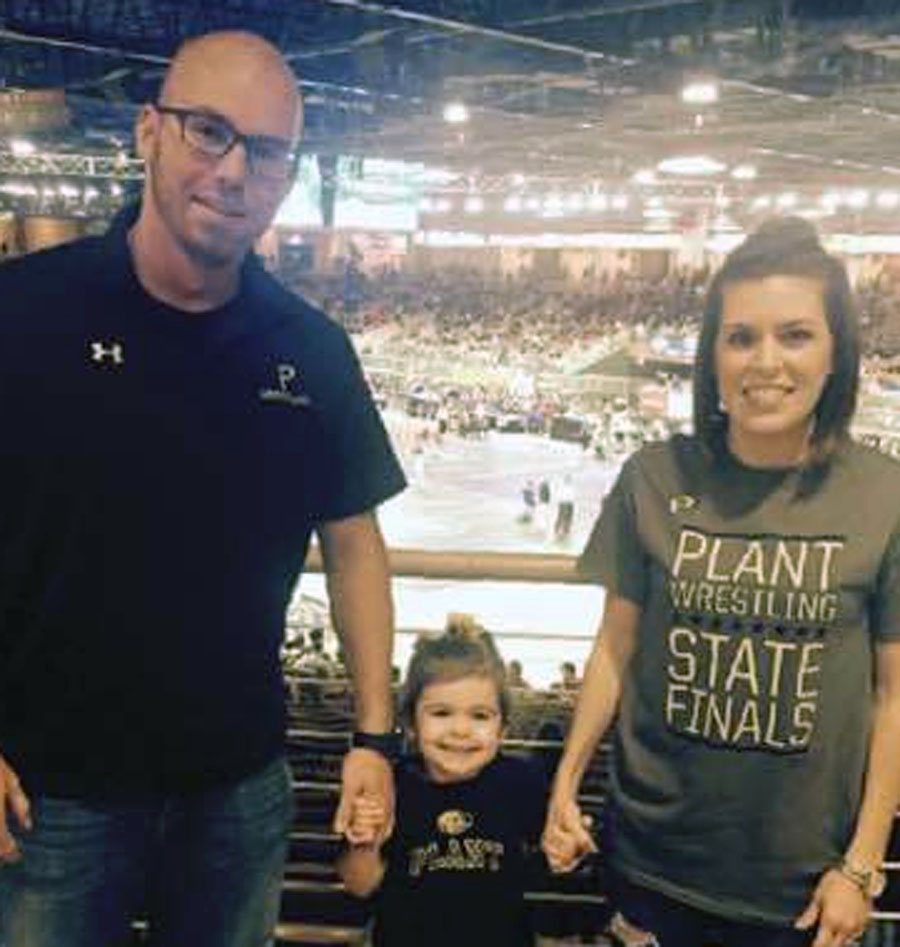 “He is going to be great,” the Panthers’ AD and head football coach said.

There’s good reason to feel that way. After all, Kenney comes to PESH with several years of experience and success, both in North Texas and Florida. He’s been in the Sunshine State the last two seasons at Tampa’s Henry Plant High School and where he  also runs the Tampa Bay Wrestling Club.

However, the prospect of returning to Texas and living and coaching in the Plano ISD system was too good to “pass up,” he noted.

First, Kenney said, the PISD provides a quality education, something important to him as he does have a three-year-old daughter who’ll be starting school in a few years.

Also, the district’s athletic talent is abundant, particularly at East. That includes the wrestling program, which had been led for 22 years by Alan Koebke, who retired earlier this year.

Kenney, who coached against Koebke while at Frisco Wakeland, brings a winning record to the mat, having overseen successful programs at JJ Pearce and Wakeland.
(To view the entire article, check out the July 20 edition of the Murphy Monitor)