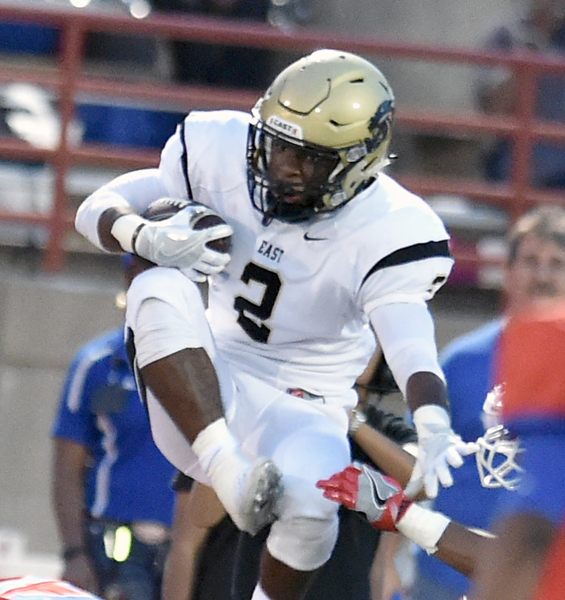 All of the programs were selected to make the playoffs in their respective districts by Dave Campbell’s Texas Football magazine. In addition, the schools had players named preseason MVP’s and were listed among the top recruits in the state.

The publication also highlighted former athletes from the schools that should have an impact during the coming college football season.

Plano East
In a loaded 6-6A, the Panthers were third, just ahead of Wylie and behind state semifinalist Allen and Denton Guyer. Missing the postseason cut were Plano, McKinney, McKinney Boyd and Plano West.

“I’m not much into predictions. It’s nice to be recognized, but we have to take care of business on the field,” PESH head coach Joey McCullough said. “We play in a very good district and each game should be a battle. If we can put it together and stay healthy we should be in good shape.”

According to the publication, PESH brings back eight starters on offense and six on the defensive side, after losing 20 lettermen to graduation last year.

“We lost some good talent to graduation, but the players we have coming back have some experience,” McCullough said. “We should be solid on the offensive line, at wide receiver and in the backfield. We also have some new kids that could contribute. The best thing about this is they come to work every day and want to get better.”

PESH opens the season Sept. 1 with Duncanville at Kimbrough Stadium in Murphy.

McCullough said it should be a good game, after they lost the previous season’s game by such a slim margin.

Games left before district are versus Dallas Jesuit (Sept. 9 at the Cotton Bowl in Dallas) and at Arlington (Sept. 15 at the University of Texas at Arlington).

(To view the entire article, check out the July 6 edition of the Murphy Monitor)