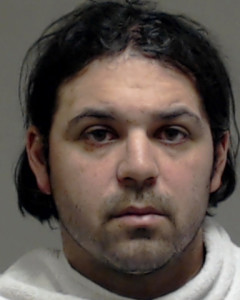 A teacher at McMillen High School in Murphy and assistant baseball coach at Plano East Senior High was arrested Tuesday, Jan. 5 on suspicion of having an improper relationship with a female student that included sexual contact and lavishing her with cash and gifts.

Wylie’s Aaron Russell Reza, 30, was charged with improper relationship between an educator and a student and sexual assault of a child. He was booked into the Collin County Detention Center on the two second-degree felonies and released on $20,000 bond the same day.

Plano ISD officials sent out a letter to parents Wednesday stating that Reza was immediately placed on administrative leave and that the district is cooperating with investigators.

“We want parents to know that McMillen High School and Plano ISD administrators are working in full cooperation with local authorities, and the teacher has been immediately placed on administrative leave,” McMillen Principal Dr. Brian Lyons said. “Our school and district are committed to continuing to provide an outstanding education to all of our students and will minimize any impact this situation and the resulting transition may have on them.”

Lyons said the security of students is of the utmost importance.

“We feel it is imperative to keep the lines of communication with our families open as we work together to maintain an environment of trust and safety,” he said.

The probable cause arrest affidavit, states that Reza sexually assaulted the then 16-year-old girl on three separate occasions. Two were at the resident of the Plano ISD teacher and the third was in his white Lexus after both drove to a football game in Lewisville.

At the time of the incident in the car, she told the investigator that she was cornered in the front seat of the car and started kissing her on the face.

She tried to stop him, but Reza was stronger than her. He stopped when other cars arrived.

According to the affidavit, Reza gave her two credit cards to use at her leisure, in addition to $500 in cash to watch his house while he was gone and a second $500 for her birthday and Christmas presents. She also received several personal gifts in the form of jewelry, clothes and money.

She tried to put an end to the relationship, but Reza continued to contact her by text message. It was at that time she told her parents over the holiday break.

Plano ISD officials learned about the allegations on Monday, Jan. 4 and reported the information to the Murphy Police Department. That agency referred the allegations to the Rural Child Abuse Task Force. Collin County Sheriff’s Office investigators are handling the case.

For continuing coverage see next week’s edition of the Murphy Monitor.