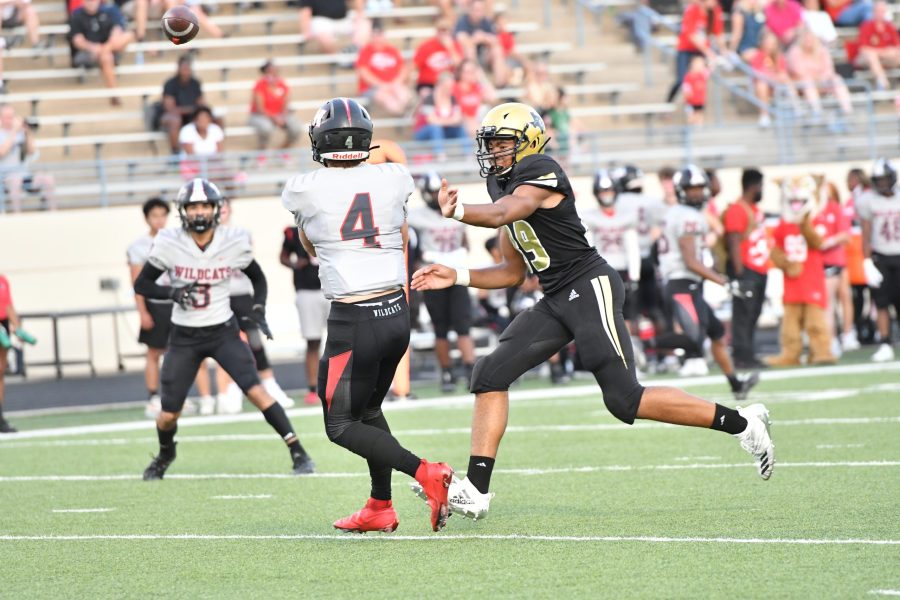 With several returning players on the Plano East defensive line, the coaching staff views it as one of the strengths of the defensive unit.

Returning three starters, Plano East head coach Tony Benedetto is excited for the prospects this upcoming season. The group will be led by Chima Chineke and Brayden Bergman at defensive end, while Aidan Miller returns as the starting defensive tackle for the Panthers.

“The other three players coming back should make an impact,” Benedetto said. “We’ve got a little competition now but we’re really excited about what they can do and who’s coming back.”

Not much will change alignment-wise for the Panthers’ front four, allowing them to continue to do what they do best and create pressure in the backfield. They will have to replace Cedric Diggs at the other defensive tackle spot. The senior leader of the defense had three sacks and 10 tackles for loss in 2021.

“I don’t think you’ll see too much schematically different on the defensive side of the ball,” Benedetto said. “It’ll still be four linemen down on the ground and more of the changes will be in our secondary. We like what these guys can do and don’t want to change a lot.”

Four players are competing for the final defensive tackle position. Aden Luecke, who is also working on the offensive side of the ball, along with Jaiden Rowell and Marcus Lee among the players competing at the position. Whoever wins the starting job will be battle-tested, but coach Benedetto believes it will produce good depth to the defensive line.

“We have enough guys that can compete and play,” Benedetto said. “Those top three guys are going to be the ones we rely on and will need to be healthy this year, but we have guys that can come in and play if needed.”

Miller competed for Plano East last season in both football and wrestling after moving into the area. Taking over the starting position as a sophomore, he showed his physicality early in his career.

“He’s just a tough kid,” Benedetto said. “Between wrestling and football, he’s shown really good hands and strength. Wrestling is one of the toughest sports you can play and he goes out there and competes. He’s going to be a good football player.”

Chineke is an edge rusher who’s caught the attention of collegiate scouts early in his career. Standing tall at 6-foot-5 and nearly 230 pounds, he’s already been offered an athletic scholarship by Texas Tech and has impressed in offseason camps.

“He’s obviously got a lot going for him but he doesn’t walk around with it,” Benedetto said. “He doesn’t have an ego, he’s always got a smile on his face, he’s a smart and coachable player and he’s everything you want as a coach.”