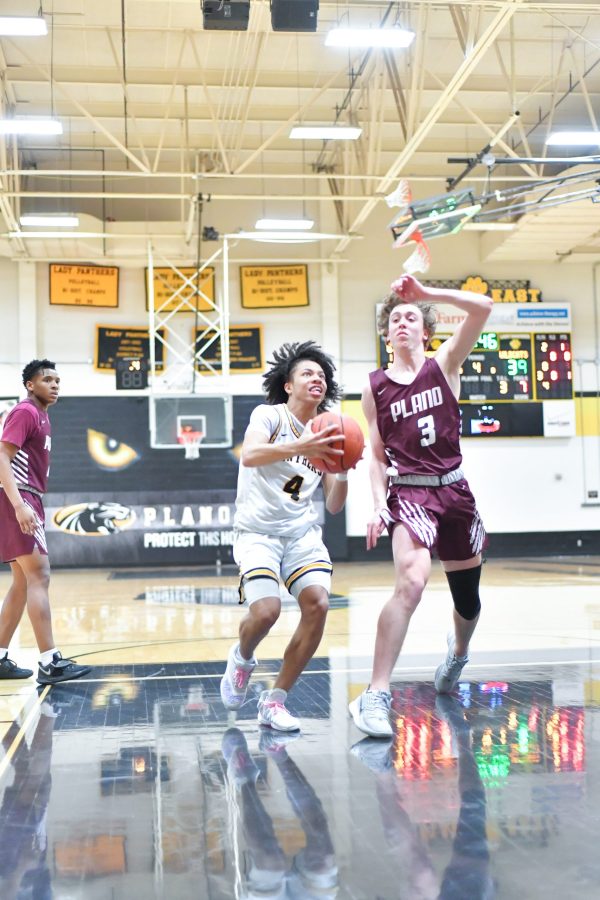 Last season was a difficult one for Plano East basketball for a number of reasons.

Facing COVID restrictions, a young roster with just one senior and some of the best teams and players in the area, the Panthers finished 5-9 in District 6-6A. That included a five-game losing streak to end the season, bumping East out of playoff contention.

A new season means new beginnings and the Panthers are eager to take this young returning roster to the next level.

“We had a young roster with two freshmen and they made an impact,” head coach Matt Wester said. “With those guys coming back and a very talented junior varsity team, we should be in good shape. There’s a lot of sophomores in the program.”

The sophomore class is something that Plano East is excited about for the future and the present. Isaiah Brewington and Jon Tran lead that second-year class as returning varsity players.

Both were the first Panther freshmen in 18 years to make the varsity team, with Brewington starting in a bulk of games and Tran working as a bench shooter.

They’ll be joined by the return of Plano East’s two highest returning scorers in the backcourt. Seniors Brandon Hardison and Muizz Qazi return in their starting roles, with Hardison making second-team all-district at point guard last season. With a five-person rotation at the guard spots, coach Wester sees that as a strength again for the Panthers.

“We’re deep and we’re talented at the guard spot, which is basically what we were last year,” Wester said. “With COVID, we didn’t have all of our kids and they made up the impact.”

For the complete story, see the Nov. 11 edition of the Murphy Monitor. Support your community newspaper for less than $40 a year.