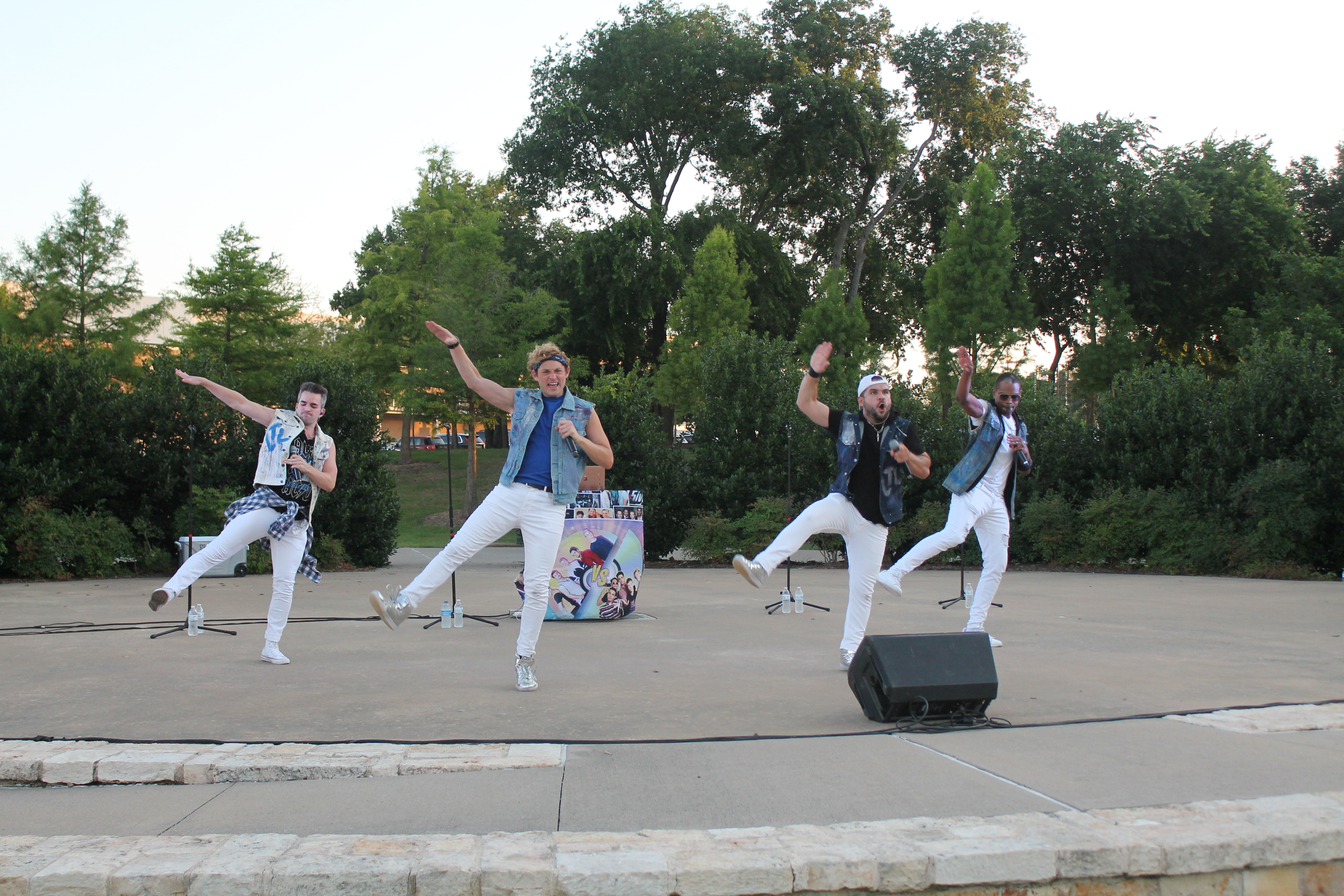 Larger Than Life, which considers itself the ultimate boy band tribute musical act, performed in Murphy Friday night at the Sounds at Sundown concert series. The band performs nationally, singing songs from many boy bands of yesteryear, such as New Kids on the Block and Boys II Men. Sounds at Sundown continues the next two Fridays at the Murphy Central Park Amphitheater, with Neon Circus on June 18 and the Emerald City Band on June 25. Neon Circus is a Brooks & Dunn tribute act and the Emerald City Band is live party cover band. The concerts are free.