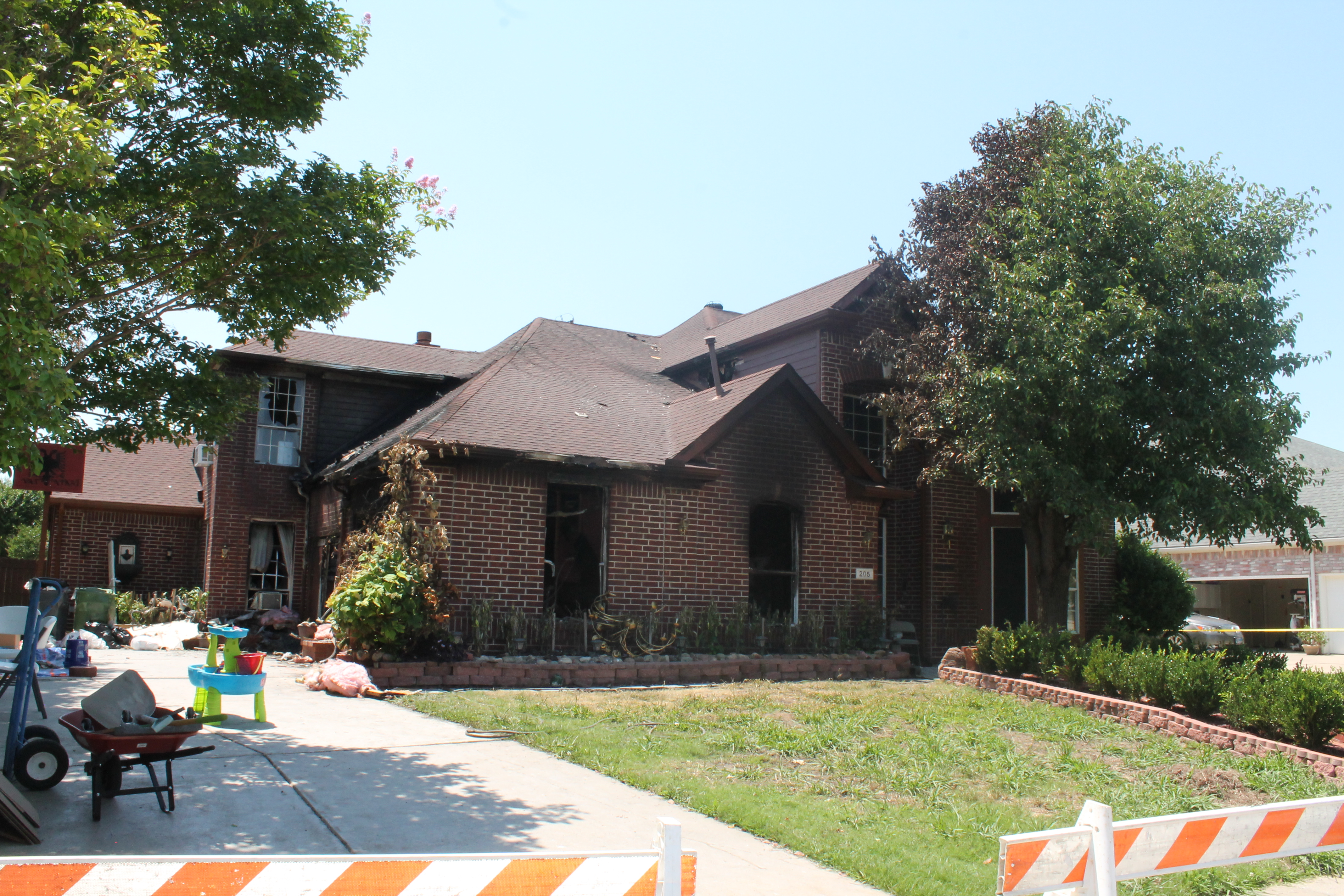 One person, a 6-year-old child, died in a house fire early Thursday at a home on Hawthorne Drive in Murphy. Don Munsch/Murphy Monitor

The fire happened at a house in the 200 block of Hawthorne Drive. The fire department got a report shortly before 3 a.m. that a child was trapped in the house. All residents escaped the home except for the child.

No names were released and no additional information on the family has been released as of Friday morning.

Albright said the child’s body was discovered in the area of the house heavily damaged by the fire. The investigation continues, but the preliminary findings show the cause to be electrical in nature.

The Monitor will update information as it becomes available.