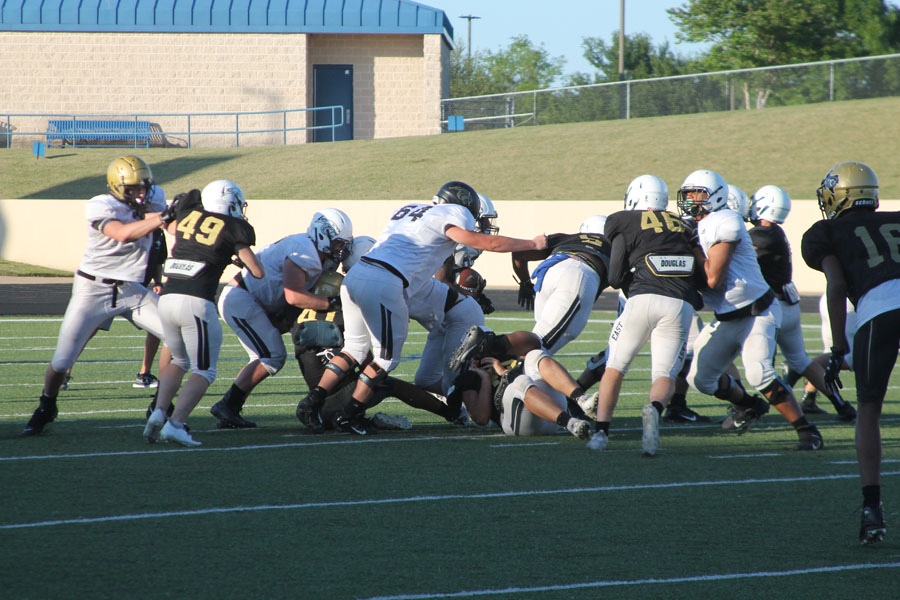 Despite a struggling record, the offense did a good job of scoring points and making plays. Thanks in large part to the play of the offensive line. Using Plano East’s zone-block­ing scheme on offense, the line was able to get to the second level and make key blocks for the quarterback and running backs last season.

“We’re an inside and outside zone team,” Plano East head coach Joey McCullough said. “That allows combinations in­side and double teams and out­side zones where we can push guys upfield and use our ath­leticism. It’s a system we can use and be successful at even if we aren’t the biggest group on the offensive line. I’ve seen smaller kids play really good football on the offensive line by being athletic and getting to the second level.”

The Panthers return two starters from last season. Dawan Toliver at left tackle and Aaron Urias, who is mov­ing from left guard to right guard this season. Both are asked to be leaders of the team and Toliver impressed during the spring practices.

For the full story, see the June 10 issue or subscribe online.