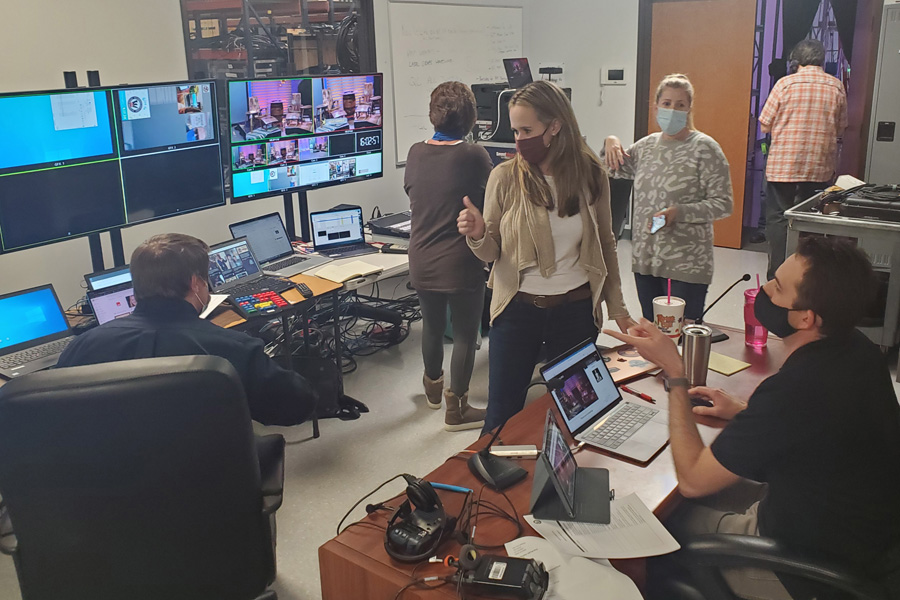 A number of volunteers help to make the annual gala a success, including this year when it had to be streamed because of the pandemic.

Then came a winter storm.

But nothing would stop or­ganizers and volunteers from holding the Wylie ISD Edu­cation Foundation’s Boots ‘N Barbecue Gala, which was held in late February this year in a virtual setting. The mid-Feb­ruary winter storm moved the event back a week, and the pan­demic forced the annual event online. The event this year brought in $114,300, said Lori Villarreal, foundation executive director.

“Our goals are maybe differ­ent than what maybe people as­sume,” she said. “Our first goal is to celebrate, our second is to tell our story and then our third goal is to raise money. And we did them all, and we’re very pleased. This is volunteer-driv­en. …. People forget that it was a group of volunteers who did this in their spare time.”

The gala was streamed and had a live master of ceremonies, Levi Turner, who is a teach­er at Wylie East High School. Deede Butler served as the gala chairperson, and the lead spon­sors were PBK and the Tibbals Family.

“We have on record 1,473 viewers, but we know many of those are duplicated,” Villarreal said, noting there were “780-ish” viewers for the streaming. “The show was 45 minutes long, where we showcased our teachers putting into action their grants that have been funded by community donations towards the education foundation.”

The event included local musical talent performing and residents discussing why they support education, she said.

More teachers, classrooms and campuses are collaborating on projects, so the dollars re­quested are higher while fewer grants are being filled.

Teachers apply for money for projects or expenses that can’t be covered by the district budget. Money is raised in ad­vance, so the foundation knows how much it can distribute. Ap­plications can be submitted in mid-July and closes at the end of September. Awards will be given in November.

“It’s truly a privilege to be a part of a district that is already excellent,” she said.

The foundation will track to see whether the data show the grant idea enhanced or enriched students’ learning.

The gala, which included a silent and live auction, has been held in recent times at South­fork Ranch, and it normally attracts 700 guests. Villarreal expects the gala to return to Southfork next year.

She appreciated the grit of volunteers this year.

“A strong community cele­brates together,” she said, ex­plaining what the gala seeks to accomplish.

For the full story, see the April 15 issue or subscribe online.