Serving a taste of home 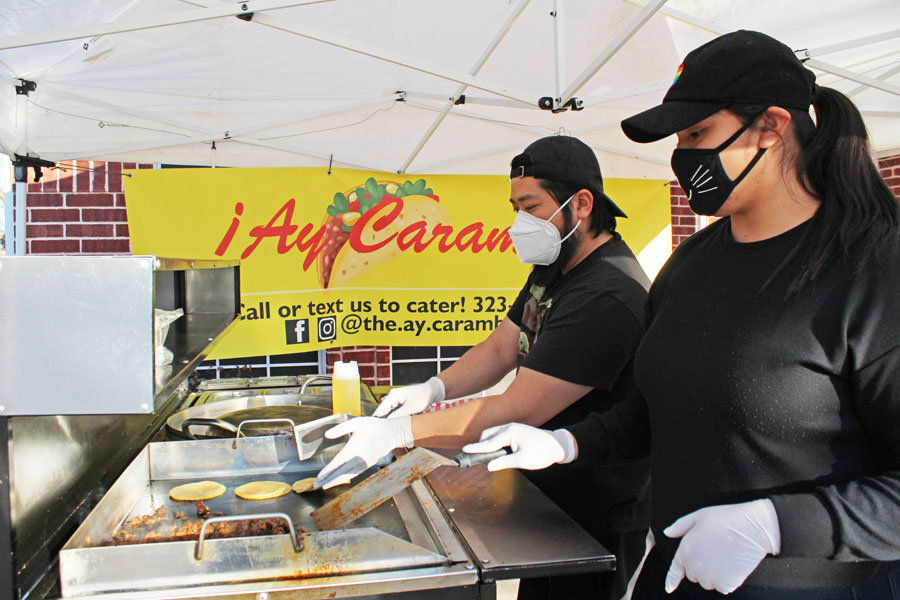 If they had to do it over again, Paul Hoang and Lovina Lopez would not have chosen to launch their catering busines, ¡Ay Caramba!, in June of 2020. However, with a benefit of hindsight and a heaping side dish of optimism, the Murphy husband and wife team now call this past year their “soft opening.”

Lopez credits her mother, Le­ticia Lira, with instilling a love of cooking in her from a very early age.

“I was always in the kitchen at home,” she said. “My mom always had me making some­thing with her or kneading dough for tortillas. It’s always been in me and I’ve always liked cooking.”

In 2016, when Lopez moved to Texas from Los Angeles, she soon discov­ered the type of food she was accustomed to making and eating, which she refers to as “CaliMex,” was nowhere to be found.

When she married Hoang two years later, Lopez said the struggle to find the California influence in Texas was still pres­ent. The inferior-tasting Texas tamales soon influenced Lopez to make her own tamales during Christmas 2019.

“I know my mom’s recipe. I’m going to make those,” Lo­pez said. “I wanted people to taste them, so I started giving them out.”

They were a hit and before she knew it, people started put­ting in orders for her tamales.

For the full story, see the Mar. 18 issue or subscribe online.