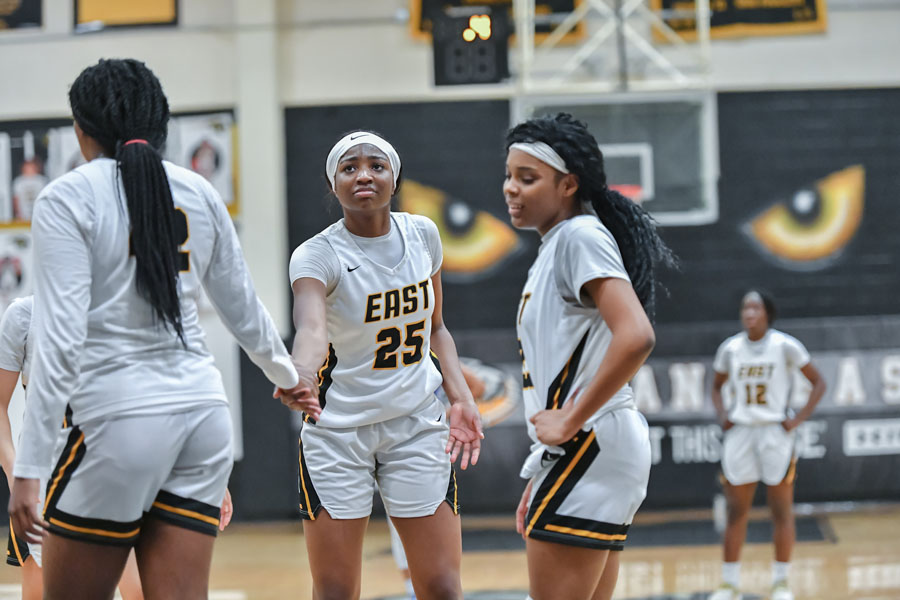 The Plano East Lady Panthers basketball team, ranked No. 6 in 6A, had one of its biggest tests of the season.

Facing one of the top defensive teams in District 6-6A, Lewisville proved to be a formidable opponent throughout the game, giving Plano East a lot of trouble on the offensive end. In the end, a floater with 1.1 seconds remaining and a 13-point fourth quarter, the highest-scoring quarter of the game, sparked Plano East to a 39-38 victory over Lewisville.

After falling down five points at halftime, trailing the Lady Farmers 22-17, the Lady Panthers came out aggressive on the defensive end, holding Lewisville to 16 points to build the comeback. In the end, it was Tania Amos, with time winding down, who cut into the lane and hit the 10-foot floater through contact from the defender to get the victory for Plano East. For the game, Savannah Adjetey led the way with 12 points during the game, while Donavia Hall added 11 points of her own.

For the full story, see the Jan. 28 issue or subscribe online.