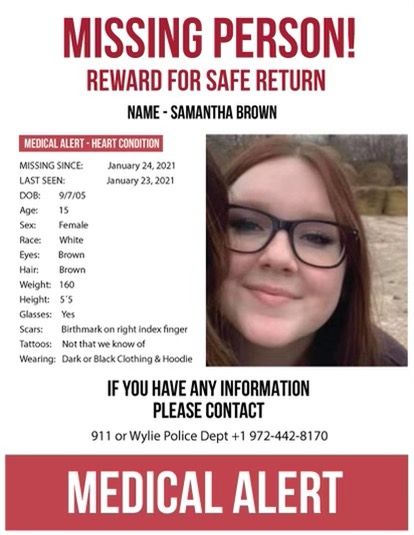 Wylie police continue to look for a teen girl they suspect is a runaway.

Samantha Brown, 15, voluntarily left a Wylie residence in the early morning of Jan. 24 and has not returned. Police followed up later that same morning with the resident(s) at the home where she left.

Brown does have a medical condition for which she takes prescribed medication, police said.

Police said if anyone has seen Brown or has any information concerning her whereabouts, they can call their local police department or the Wylie Police Department at 972-442-8171.