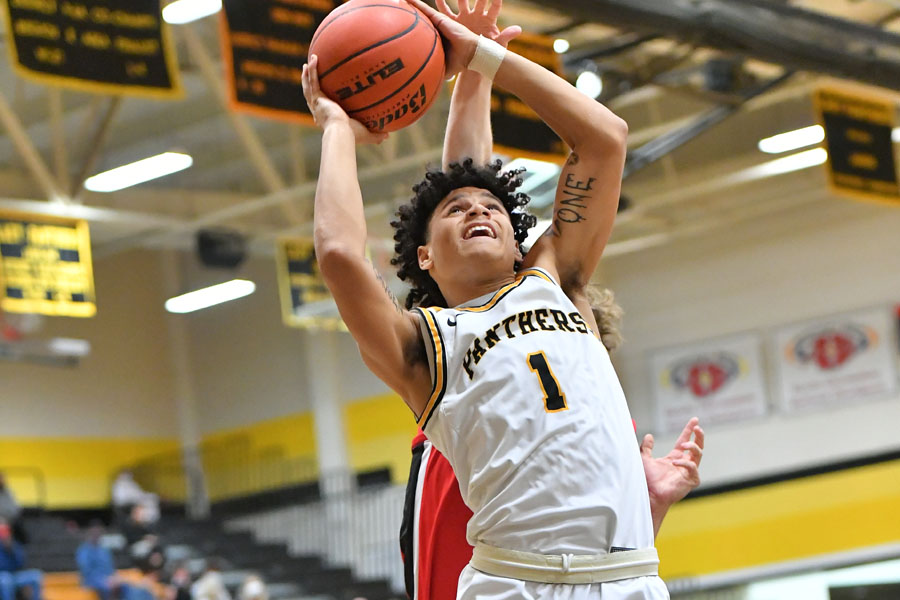 When the game mattered the most, it was the Plano East boys basketball team getting it done on the defensive end.

The Panthers needed a win to get in the top four of the district standings and get into playoff territory. They opened the week by falling short in their first game of the week against Marcus. The Panthers struggled to score from the field during much of the game and ultimately fell 55-43.

Plano East held even with Marcus through two quarters, with the game being even at 20 at halftime. But even with the tie score, the Panthers couldn’t keep pace, and the Marauders outscored them 35-23 in the second half. Nobody in the game scored in double figure, but Connor Johnson and Deuce Hardison scored eight points each to lead the team.

That’s when Plano East responded against Hebron, who was in third place in District 6-6A at the time. In the first half, it was the offense, who exploded for 39 points to take a 39-32 lead heading into the break.

For the full story, see the Jan. 21 issue or subscribe online.