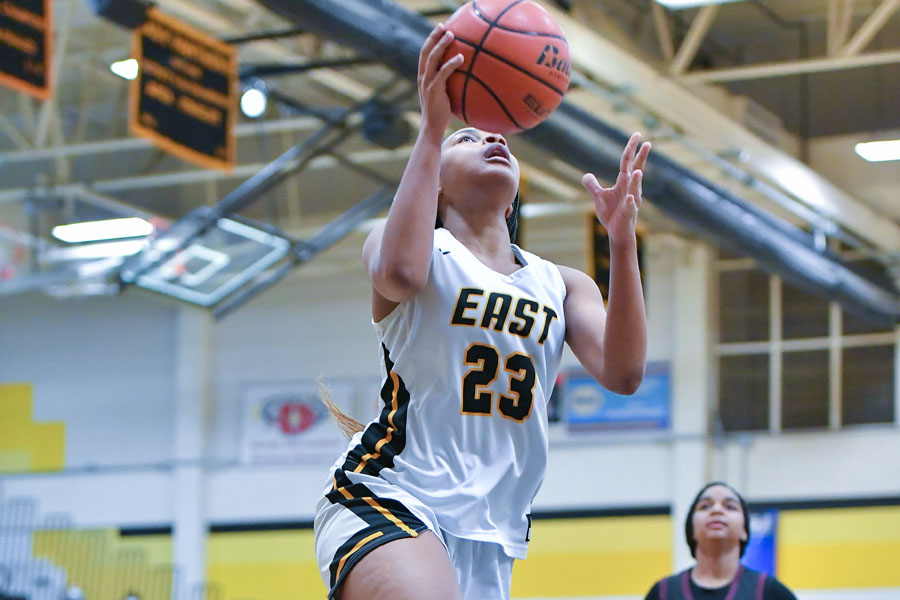 Plano East extended its winning streak to six games after beating Plano and Cop­pell during the past week. The victories put the Lady Panthers in sole possession of first place in District 6-6A at 6-3 over­all, but undefeated 6-0 in district play.

A team with high preseason expecta­tions, the Lady Panthers are coming to­gether in district play and look the part of a team with a strong chance to contend in the state tournament.

After starting the season 0-3 in a dif­ficult non-district slate, the Plano East girls basketball team has dominated in district play by using their strong defense and versatility and depth on the offensive end. They opened the week with a 41-37 win over Plano, a game in which eight dif­ferent Lady Panthers were able to score. Kayla Cooper led the way with nine points as the Lady Panthers used 22 second-half points to hold on for the victory.

For the full story, see the Jan. 14 issue or subscribe online.