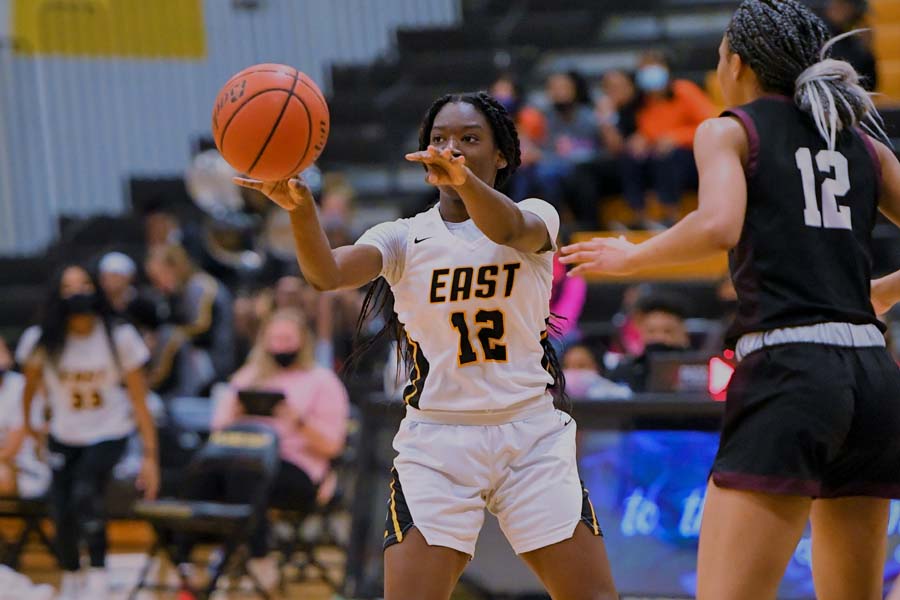 Lady Panthers make it four in a row

After starting the season 0-3 in a difficult non-district slate, the Plano East girls’ basketball team has won four in a row in district play to get back over .500 on the season. More importantly, early in the season, the Lady Panthers have primed themselves to sit at the top of the district standings and make a run at the 6-6A title.

After dispatching Lewisville and Hebron the previous week, Plano East beat cross-town rivals Plano West and Flower Mound. The results were never in doubt, as Plano East knocked off Plano West 86-40. Idara Udo led the way inside with 27 points as the Lady Panthers used a 32-9 first-quarter advantage to pace them­selves to victory. In total, Plano East had six different scorers in double figures and led the game throughout as the Wolves had no answer for the offensive attack in front of them.

For the full story, see the Dec. 24 issue or subscribe online.