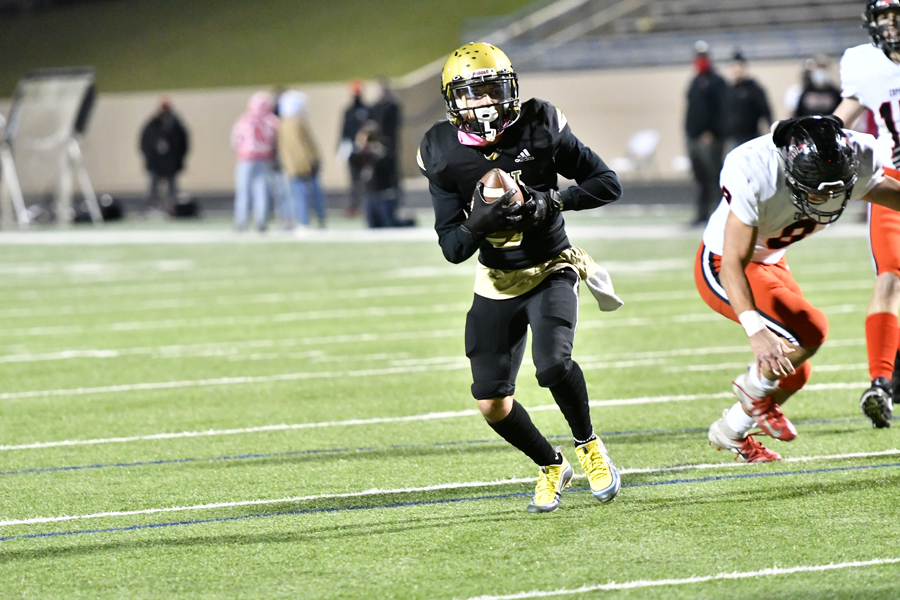 Panthers pull within eight but fall to Coppell

“It’s not a lack of effort tonight,” McCullough said. “We just didn’t make the plays they did. Hats off to Coppell and coach Mike DeWitt. But I was proud of our kids for tonight.”

Plano East, now 0-8 overall and 0-5 in district play, will play its last game of the season against the Marcus Marauders at Marauder Stadium in Lewisville on Friday, Dec. 4.

The game began well enough for the Panthers, who drove down the field to take an early lead, thanks to a rushing score from junior RB Ismail Mahdi. East led 7-0.

Panther senior QB Dylan Hayden finished with 186 yards rushing, including a 62-yard keeper to bring East within nine, 35-26 after the extra point was blocked. Coppell would score quickly on its next drive, throwing a 56-yard touchdown to extend their lead 42-26 with 5:44 left in the game. A late touchdown from Coppell would put the Cowboys up 49-26 to end the game.

For the full story, see the Dec. 3 issue or subscribe online.