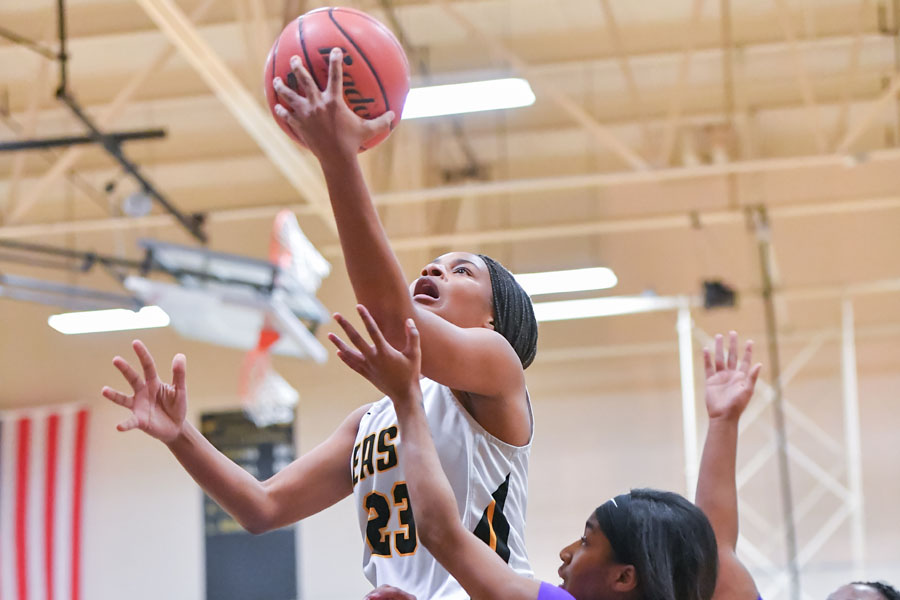 The boys’ had to replace the bulk of their talent from last year, while the girls’ had a lot of momentum from a young roster that had gained playoff experience last season. The girls’ team faced a difficult early schedule and find them­selves at .500, going 2-2.

The Lady Panthers had just a few seniors on the team last season and returned the bulk of their talent. They ran a very balanced approach with mul­tiple contributors.

Any given night could yield a strong performance from Do­navia Hall, Tiana Amos, Kayla Cooper and Taylor Haggan, as all return after significant contribution last season. Hag­gan in particular was named the Newcomer of the Year for District 9-6A, leading the team in scoring and rebounding at 8.7 points per game and 5.3 re­bounds per game. Expectations were high.

Texas High School Girls Basketball, an independent blog ranked the Lady Panthers as the no. 9 team in all of 6A in their preseason rankings because of their youth. Those players helped Plano East with early wins over Lincoln and Lancaster in their opening two weeks.

For the full story, see the Nov. 26 issue or subscribe online.