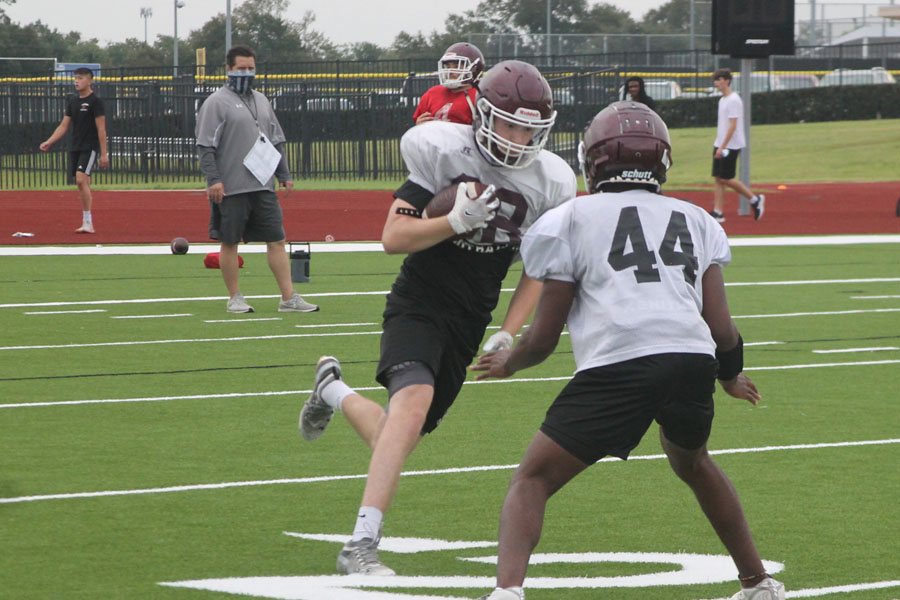 Pirates improve by the day to defend district title

Winning a district championship places heavy expectations on a team. But after returning five starters and re­placing a long time head coach, Wylie is reloading their roster.

Jimmy Carter takes over as head coach for the Pirates after working on the staff since 2006, most recently as the team’s defensive coordinator. Last season, his defense was stout, holding teams to just over 21 points a game. But it was a slow start for the Pirates, going 0-3, then riding their to win six of their last seven and a district championship.

For the full story, see the Sept. 17 issue or subscribe online.