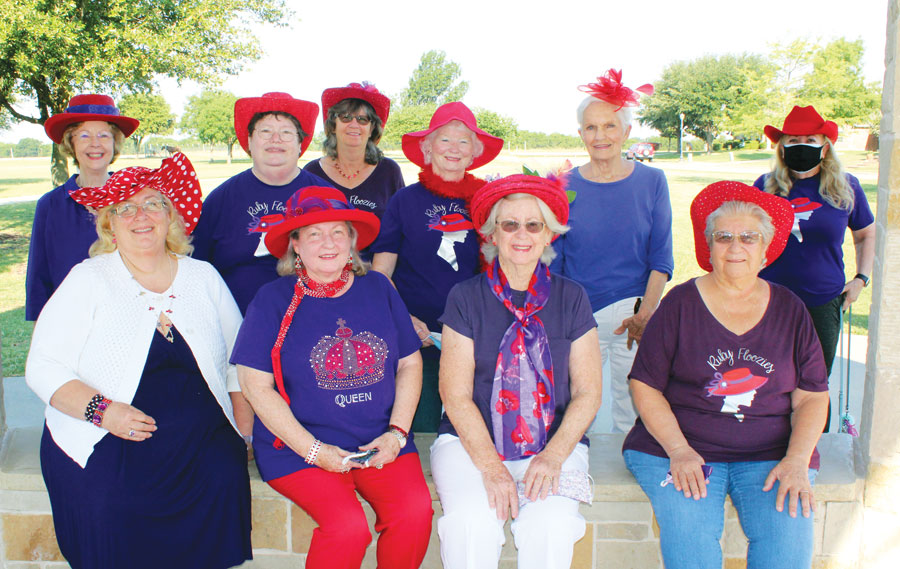 The Ruby Floozies, a local chapter of The Red Hat Society, has been stylishly attracting attention to their age for 12 fun-filled years.

In 2008, Robin Thompson, of Wylie, formed the group after discussing the idea with some of her friends. To start a chapter a person must sign up to be a Queen, so that is what Thompson did. The group began with six members and has grown to the current membership of 25.

The Red Hat Society was formed in 1998 with the purpose of providing a social group for women over 50. Now, the international organization welcomes ladies of all ages.

For the full story, see the June 18 issue or subscribe online.