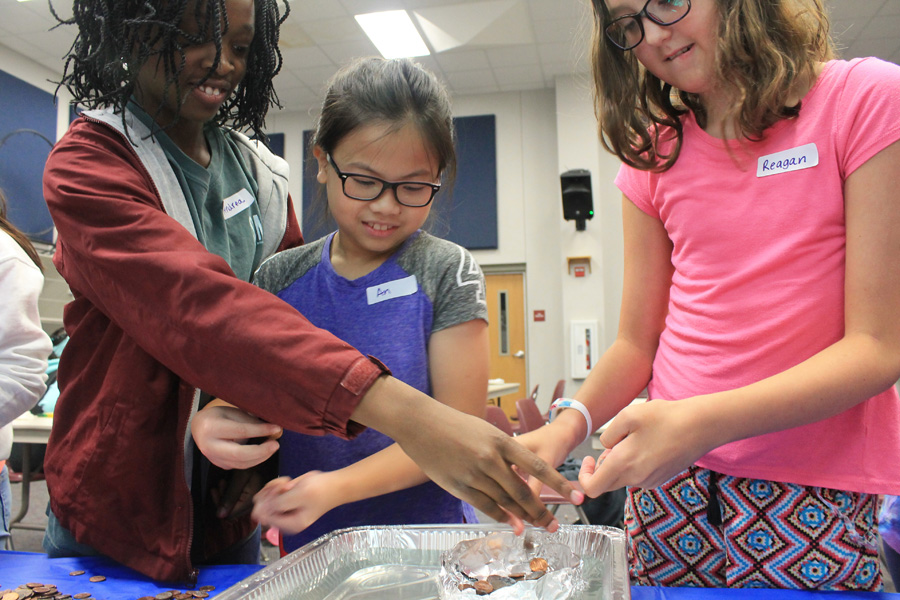 Thanks to the efforts of a Wylie High junior, middle school students are rediscovering a passion for science.

When Kate Vinson approached her science teacher Ann Darby in 2014 with an idea for a club, the pair had no idea just how popular it would become.

“She came to me saying how ridiculous it was that there were no girls in the engineering room,” Darby, now an engineering teacher at WHS, recalled. “In two months, we pulled off a camp. We had a great response and it grew into a club.”

The weeklong summer engineering camp, sponsored by TechTitans, has remained the same at about 20 attendees in fifth through seventh grades. But what started as one camp has evolved into four, along with clubs during the school year.

For the full story, see the Aug. 1 issue or subscribe online.