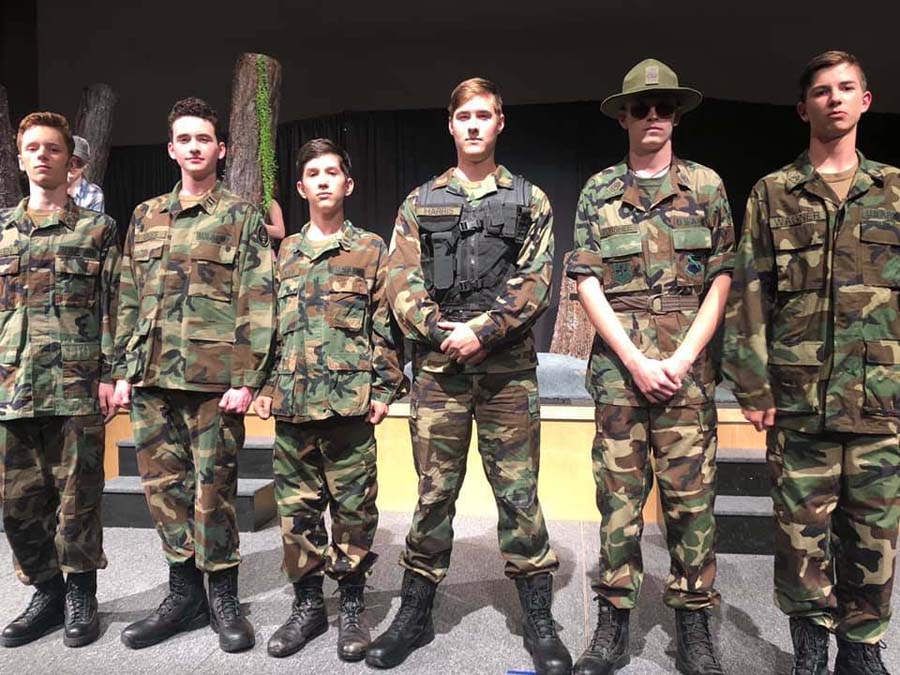 Posted By: Morgan HowardPosted date: May 23, 2019In: Education

Students from Wylie Preparatory Academy, a university-model school sprawled across 14 acres on Skyview Court, took the stage Friday, April 26, at Firewheel Bible Fellowship to perform their award-winning one-act plays, play music and sing for their parents and friends.

“In addition to their hard work with rehearsals and memorizing their lines, students learned a new appreciation for military members and their families,” said director Kelly Decker. “Students were able to hear from several military members and their families about the sacrifices involved in service to our country. Wylie Prep alumnus Darryl Meeks and his wife, a Wylie East alumna, visited with student about their transition to military life. We are so grateful to all who serve.”

For the full story, see the May 23 issue or subscribe online.