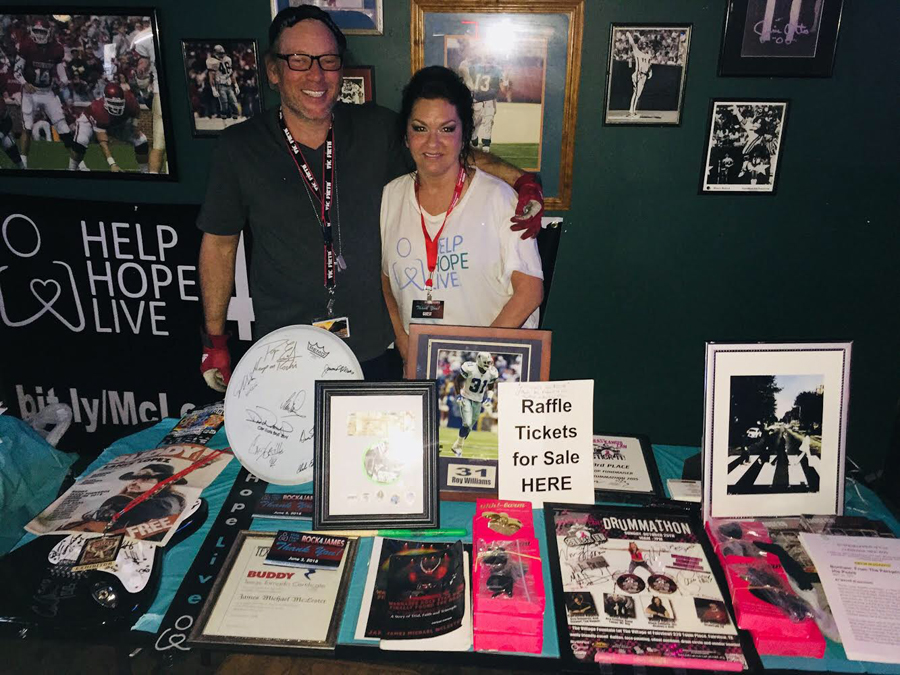 Music is power. It can lift spirits, reduce stress, improve memory, ease pain and even improve physical health and well-being.

Next weekend, 51-year-old James Michael McLester hopes to harness that power, along with his passion, and turn it into a profitable fundraiser at a rock n’ roll pizza chain in Wylie.

It’s a personal mission for McLester, a kidney transplant recipient, and well-known Dallas area drummer. The musician, along with several others, will take the stage hosting Classic Jams & Classic Cars on Saturday, March 23 from 3 to 8 p.m. at The Rock Wood-Fired Pizza Kitchen in Wylie. Proceeds from the Rock4James concert and the car show will be donated to the nonprofit Help Hope Live in honor of McLester.

The drummer’s full-time music career hit a sour note almost 20 years ago after a diagnosis of end stage renal disease. His 6-year tenure with the well-known North Texas band, Solinger, ended after the lead singer was recruited to another band, and subsequently, McLester’s health demanded attention.

For the full story, see the March 21 issue or subscribe online.